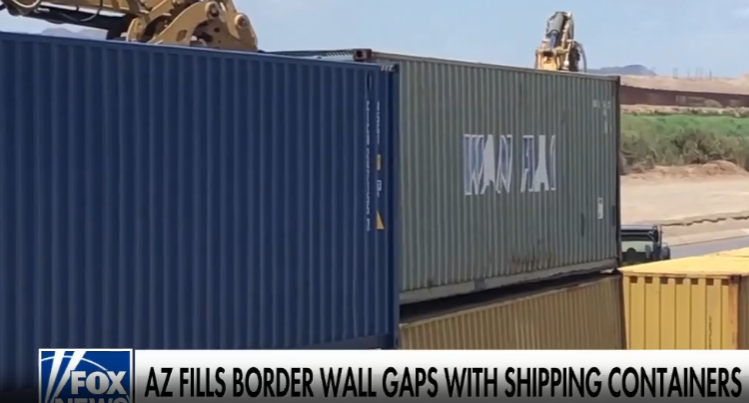 The Biden administration this week accused Arizona Governor Doug Ducey of trespassing as the Republican leader works to patch in gaps along the U.S.-Mexico border with shipping containers.

Last week, Ducey made the announcement that he would have workers erect shipping containers along a stretch of the border to close any gaps left by the absence of a wall. The declaration came two weeks after he was told to remove containers he had erected in the state’s southwest by federal authorities.

Then, the Republican governor sued, pleading with the courts to permit Arizona to maintain 100 double-stacked shipping containers with barbed wire on top in place near Yuma.

The containers were placed in August to close border gaps, which Ducey claimed was a response to the Biden administration’s lack of action in preventing migrants from entering the state from Mexico.

More than 2,700 containers, each measuring 60 feet in length, will be used in Ducey’s plan to blanket a 10-mile stretch of the border.

However, the Biden administration continues to press Ducey to remove the obstructions, arguing that the state is infringing on federal property.

In a letter to Arizona, Jacklynn Gould, regional director for the Lower Colorado Basin of the Bureau of Reclamation, stated, “The unauthorized placement of those containers constitutes a violation of federal law and is a trespass against the United States. That trespass is harming federal lands and resources and impeding Reclamation’s ability to perform its mission.”

Since the project’s inception in August, 130 shipping containers have been stacked, filling 3,900 feet of open border.