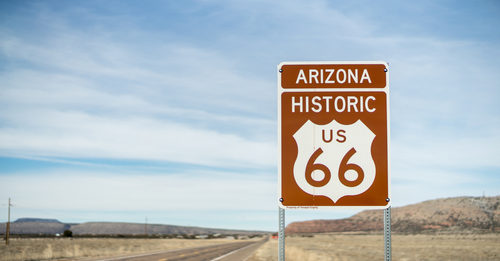 Arizona is one of the states in our nation where illegal immigration has had the most of an adverse effect.

The Biden administration has done little to assist them in managing the influx of thousands of unauthorized immigrants and the significant burdens this places on border security and resources.

Republican Governor Doug Ducey of Arizona is taking action and ratcheting up border security efforts for the state of the Grand Canyon.

US Border Patrol agents stopped 239,000 unauthorized immigrants at the border alone in May. They only captured those, and those are the official figures. That is a mockery.

The recent discovery of scores of deceased migrants in the back of an 18-wheeler who died from overheating and dehydration also brings attention to the inhumane cruelty of people traffickers who take advantage of the destitute.

That is encouraged by Biden and his allies, who shamelessly tout their pretended sympathy for immigrants in an effort to win over the Hispanic vote, which is rapidly moving away from them.

Latinos are not happy to be used as pawns by Master Biden and his elite government, as we recently saw with the triumph of Hispanic GOP candidate Mayra Flores in Texas’ 34th District.

With his announcement of $335 million for the construction of a border barrier, Governor Ducey is taking more steps to safeguard Americans and migrants from the peril and hardship of illegal immigration.

The $335 million is part of a larger package that will cost more than $560 million and will be used to build a border fence and upgrade border technology to safeguard the boundary. This represents the largest border-related expenditure Arizona has ever made.

Ducey is obviously serious about this. He will use these cash to build the border, increase the number of officers, and hire more staff.

Ducey declared that he would proceed with building the border wall and beefing up security at full speed unless Washington took concrete action.

Right now, the border is more problematic than it has been in a few decades. As Ducey noted, efforts to reduce the commotion have been incredibly challenging, even when troops from the Arizona National Guard were sent to the border.

The states will enforce American law if the federal government does not. Although Arizona won’t become suddenly secure over night, this is a positive step.