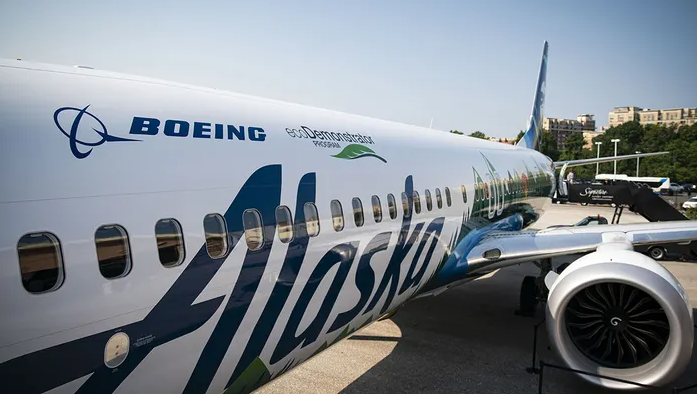 On Monday, a San Diego-bound Alaska Airlines flight was forced to turn around and head back to Seattle after a strange vibration was noticed on the left side of the aircraft shortly after takeoff.

Alaska Airlines Flight 558’s cowling, which is a piece of the metal paneling that protects the engine, came off after it touched down at Seattle-Tacoma International Airport, the company said on Tuesday.

Saw the pictures of this situation… it didn't do it justice — the video is terrifying. Wow. Vibrations felt during flight enroute to San Diego, so the flipped around and landed at @flySEA. https://t.co/b0Ow8gza46 https://t.co/dj6CcIPu5n

The Boeing 737-900ER is currently temporarily out of service while our safety team conducts an investigation, according to Alaska Airlines.

The footage of this event is scary, as reported by Matthew Smith in a tweet on Tuesday, “Saw the pictures of this situation it didn’t do it justice — the video is terrifying. Wow. Vibrations felt during flight enroute to San Diego, so the flipped around and landed at @flySEA.”

WATCH: An Alaska Airlines flight bound for San Diego was forced to return to Seattle-Tacoma International Airport after part of the metal paneling that covers the engine dislodged and detached from the aircraft, the airline said. https://t.co/3T8jbZZBV0 pic.twitter.com/G9WjMuUpxW

Six staff members and 176 passengers, according to the airline, were on board at the time of the incident. The mission was flown by two pilots with a total flying experience of more than 32 years.

The airline said in a statement, “The two pilots who operated the flight have more than 32 years of combined flying experience. They, along with our flight attendants, handled the incident with tremendous professionalism and care. We also greatly appreciated the patience of our guests during this event.”

The airline claimed that the aircraft is now out of service while the safety team conducts an investigation.