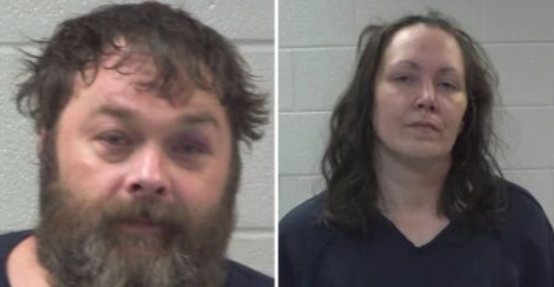 A pair of stupid criminals in North Georgia who attempted to rob a gas station with one handgun were quickly outgunned and “encouraged” to stop their criminal behavior by a trio of armed citizens with a total of three handguns, teaching them yet another lesson about how unwise it is to commit robberies in the South where everyone is armed.

This occurred not long after a Texas taqueria thief was shot dead by an armed patron while attempting to rob the establishment with a fake pistol, and a Louisiana “mama bear” used a gun to kill a robber who broke into her home and might have threatened her children.

The North Georgia couple who tried to rob the gas station apparently didn’t learn the lesson about southerners being armed and thus “hard” targets rather than “soft” targets. It’s likely they didn’t pay too much attention to the news, as they continued with their plan and attempted a robbery and getaway.

The pair who made an attempt to rob a petrol station in North Georgia are Shawn and Melody Sutton. The getaway vehicle held Melody waiting. Shawn proceeded to pull a revolver on the cashier while draping a pair of women’s undergarments around his neck and face.

When police came, the panty-clad attempted robber remained combative and refused to cooperate, so as a result, he ended up on the receiving end of a stun gun.

Two shoppers who were inside the food mart noticed Sutton brandishing a gun and demanding money from the clerk. According to authorities, the first customer went to his car to retrieve his gun as the second ran to interrupt the attempted robbery.

According to authorities, a third client who was armed came to Sutton’s aid as he was attempting to flee. When the first client saw that Sutton was unarmed, he warned the other two clients not to shoot him. According to the police, every customer had valid licenses for their firearms.