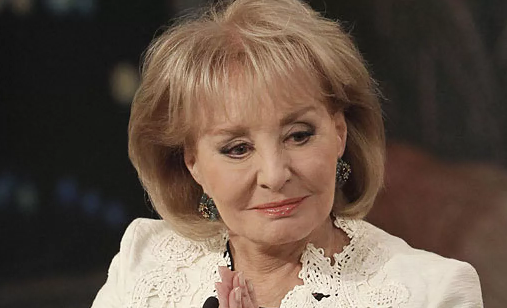 Barbara Walters, a long-time ABC News anchor, has died. The View creator and broadcast journalism fixture was 93 years old, with a 65-year career. Walters retired in 2016, but not before beginning her career in 1951 at a local NBC affiliate in New York after graduating from Sarah Lawrence College.

She worked her way up the ladder, first on The Today Show and then at ABC News, where she became the long-standing anchor for 20/20. She was also a regular interviewee for some of the world’s most prominent newsmakers and world leaders. Waters rose to prominence after the late comedian Gilda Radner made fun of her speech impediment during the early years of Saturday Night Live. Waters initially rejected Radner’s impersonation of Barbara “WaWa,” but later came to accept it. In those years, she has received nearly every broadcasting honor, including induction into the Television Academy Hall of Fame in 1989 (via ABC News):

BREAKING: Barbara Walters, who shattered the glass ceiling and became a dominant force in an industry once dominated by men, has died. She was 93. https://t.co/tydwREgTb2 pic.twitter.com/b4jOEHVYFE

In a career that spanned five decades, Walters won 12 Emmy awards, 11 of those while at ABC News.

She made her final appearance as a co-host of “The View” in 2014, but remained an executive producer of the show and continued to do some interviews and specials for ABC News.

“I do not want to appear on another program or climb another mountain,” she said at the time. “I want instead to sit on a sunny field and admire the very gifted women — and OK, some men too — who will be taking my place.

“No one was more surprised than I,” she said of her on-air career. “I wasn’t beautiful, like many of the women on the program before me, [and] I had trouble pronouncing my r’s.”

In her memoir, Walters wrote that she had dark hair, a sallow complexion and was often told she was skinny. She said her parents’ term of endearment for her was “Skinnymalinkydin.”

In 1976, Walters found a new home on ABC’s “Evening News,” making history as the first female co-anchor of an evening news program.

In her inaugural broadcast on Oct. 4, 1976, with co-anchor Harry Reasoner, Walters scored an exclusive interview with Earl Butz, who had just resigned as President Gerald Ford’s Secretary of Agriculture after it was revealed he told a racist joke. She also conducted a satellite interview with Egyptian President Anwar Sadat on his plans to end his country’s fighting with Lebanon.

At ABC, her interviews were wide-ranging and her access to public figures, unparalleled; Walters crossed the Bay of Pigs with Fidel Castro and conducted the first joint interview with Sadat and Israel’s Prime Minister Menachem Begin. She also developed a reputation for asking tough questions.

“I asked Vladimir Putin if he ever ordered anyone to be killed,” she once recalled. “For the record, he said ‘no.'”

There were lighter interviews, too. For years, she hosted an annual Oscars special, in which she interviewed Academy Award nominees and was known for making a number of them reveal deeply personal information and even cry. In 1994, she launched the “Most Fascinating People” special, which aired every December and afforded her the opportunity to chat with the year’s top newsmakers.

In 1999, an estimated 74 million viewers tuned in to watch Walters interview Monica Lewinsky about the former White House intern’s affair with then-President Bill Clinton. Toward the end of the interview, Walters asked Lewinsky, “What will you tell your children when you have them?” Lewinsky replied, “Mommy made a big mistake” to which Walters quipped, “And that is the understatement of the year.”