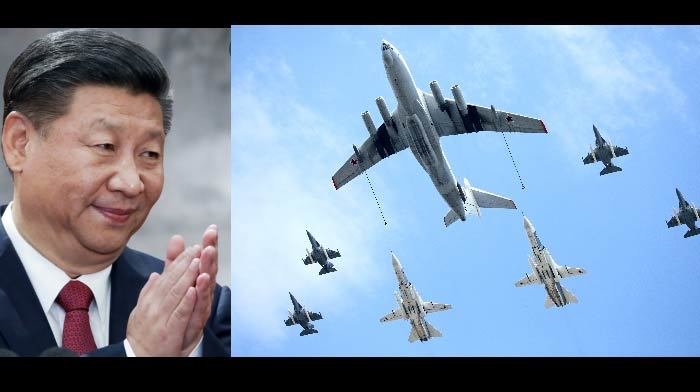 In addition, a number of well-known talk show hosts and social media figures have highlighted the Biden family’s shady business dealings with the Red Dragon.

President Biden refused to answer a reporter’s question about whether he would ask China to exert pressure on Putin during his news conference on Thursday.

Taiwan has long been regarded by China as a separatist province that must be reunited with the mainland. Taiwan, a 24 million-strong island republic, is claimed by Beijing as a renegade province, but Taipei has maintained its independence since 1949 and has diplomatic ties with at least 15 countries.

Xi Jinping, the current General Secretary of the Chinese Communist Party, has openly proclaimed his ambition to “unite” the two. He will lead the CCP until his death.

Taiwan’s Ministry of Defense said the country’s air force had scrambled away from the Chinese jets in a statement.

9 Chinese fighter jets flew into the air defense identification zone (ADIZ) in Taiwan’s southern area, which is home to more than 24 million people.

China sees that Biden is all talk. They will soon practice this aggression too.

This is a war between West and East. pic.twitter.com/PkSvo0WAVs

This came after a month-long buildup of 100,000 troops near Ukraine, despite Russia’s repeated denials that it was planning an invasion.

Putin’s actions sparked broad international censure and threats of additional sanctions against Russia, but they seemed to fall on deaf ears.

Explosions erupted in numerous Ukrainian districts, including the capital Kyiv, on Thursday, and several military vehicles reportedly crossed the border from Belarus into Ukraine.