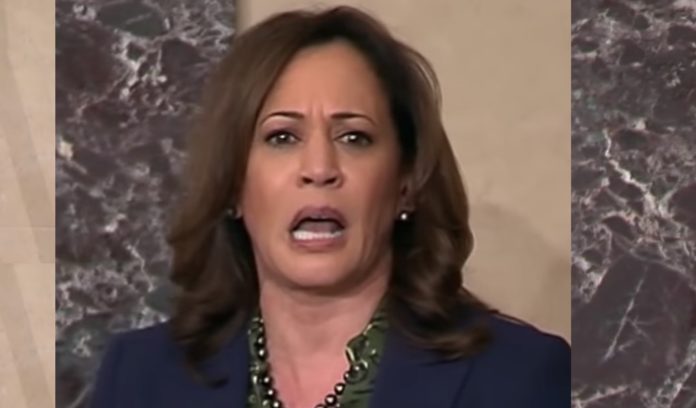 It’s understandable why the American people have little faith in the Biden administration given Joe Biden’s dementia and Kamala Harris’ incomprehensible “word salads.”

In her attempts to address Americans, Harris has consistently shown significant difficulties. She frequently stumbles through her speech, talking incoherently and chaotically.

In the most recent instance, Harris was criticized for using the same wording over and over to describe “community banks” that are situated “in the community.”

Harris has undoubtedly already displayed her academic abilities in public before.

On social media, Harris was instantly made fun of. One individual said, mockingly, “Profound.”

“You would think by now she’d have a copy editor to say, ‘Maybe we shouldn’t repeat the same word five times in the same sentence,’” screenwriter and columnist Matthew Betley remarked.

“Do we know if community banks are in the community?”  RNC’s Jake Schneider mockingly said.

Another person asked, “If she says community one more time does she win a prize?”

She was instantly criticized on social media for putting her ignorance on full display for the world to see after Harris once told reporters in Germany that there has been “peace and security” in Europe for “over 70 years.”

When the conflict between Russia and Ukraine first broke out, Harris told Americans, “So, Ukraine is a country in Europe. It exists next to another country called Russia. Russia a bigger country… Russia decided to invade a smaller country called Ukraine. So basically that’s wrong.”