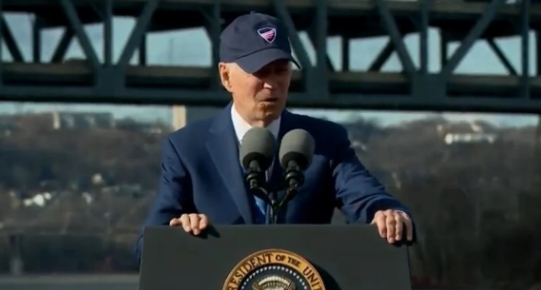 The US is not in a recession, according to Joe Biden and his administration.

High interest rates are prevalent. It has increased much further. To maintain the same standard of living as before Biden’s election, families must now fork up thousands more. Due to Biden’s attack on the energy sector, energy costs have skyrocketed.

But according to the government, it’s not a “recession.”

However, given that Joe Biden has mentioned the “recession” that started two years ago, that statement may no longer be true.

Joe Biden: "Think about why the recession got so bad two years ago."

Speaking on the country’s economy, which has suffered greatly as a result of his economic policies, he added, “We got back on our heels. No, think about it. Think about why the recession got so bad two years ago. Cars got so expensive. We didn’t have semiconductors. Scores of them are in the engines of every automobile.”

He yelled at his audience, “We invented them! And then we went to sleep! We exported jobs!”

According to a posting on the political website WeLoveTrump, “Why is Joe Biden shouting? Well, it appears it’s because he may have accidentally revealed that the United States is in a recession. You see, the Biden administration has been adamant that we are ‘not’ in a recession.”

Biden continued his statement with another “word salad,” as he frequently does,  “I’ll paraphrase the phrase of my old neighborhood: The rest of the countries, the world is not a patch in our jeans, if we do what we want to do, we need to do.”

Teacher Scores MAJOR VICTORY After Being Harassed For MAGA Hat