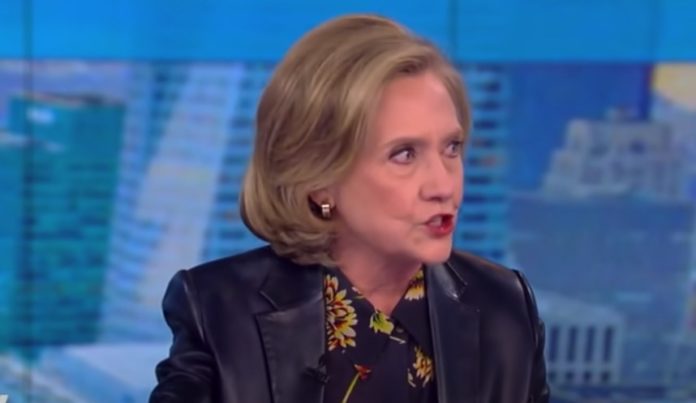 In an attempt to deflect attention away from the troubling charges, the two-time Democratic presidential candidate blamed Trump and Fox News for everything.

Trump & Fox are desperately spinning up a fake scandal to distract from his real ones. So it's a day that ends in Y.

The more his misdeeds are exposed, the more they lie.

For those interested in reality, here's a good debunking of their latest nonsense.https://t.co/iYY8Uxuogx

Sussman has been charged with giving a federal agent false information.

In September 2016, less than two months before the 2016 presidential election, he allegedly told then-FBI General Counsel James Baker that he was not working for any clients.

He requested and held a meeting in which he purportedly delivered data and white papers reportedly demonstrating a covert communications route between the Trump Organization and Alfa Bank, a Kremlin-linked bank.

Sussman is accused of putting together and delivering the charges to the FBI on behalf of at least two clients, including a technology executive (Tech Executive 1) at a U.S.-based internet company (Internet Company 1) and the Clinton campaign, according to the new filing.

The court filing does not state that he accessed or connected to the server, according to Lead Stories. Tech Executive-1, on the other hand, is accused of abusing his access to non-public and/or proprietary Internet data, according to the petition.

As the fact-check confirms, Joffe is suspected of abusing his access to the Executive Office of the President’s DNS system rather than penetrating White House systems.

Tech Executive-1, according to Durham, was tasked with looking through Internet data in order to come up with an inference and narrative linking then-candidate Trump to Russia.