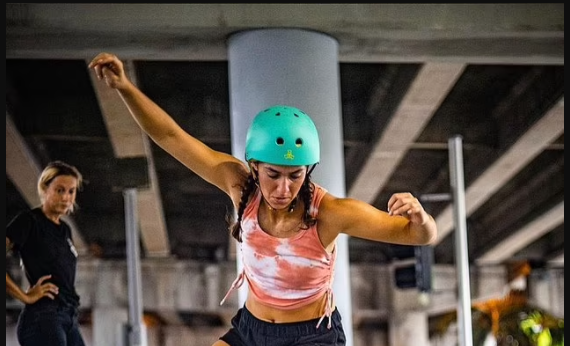 Red Bull has been attacked by an enraged female skateboarder for supporting an event in which she finished second behind a trans competitor.\

Taylor Silverman argues that referees at the Red Bull Cornerstone Contest, where she ranked second and got a $2,750 prize, discriminated against her and other female participants.

Lillian Gallagher, a trans skateboarder, was rewarded $5,000 for placing first and winning two divisions, money that Silverman believes should have been given to her.

Silverman, who has been skating for 11 years, claims she was ignored when she tried to reach out to officials to do the right thing, even if it wasn’t popular.

‘I deserved to place first, be acknowledged for my win and get paid. When I contacted Red Bull, I was ignored. Silverman said on Instagram, tagging right-wing firebrands Ben Shapiro and Candace Owens, “I am sick of being bullied into silence.”

Others have advised Silverman to exhibit more empathy for transgender women or to improve his skating skills.

Silverman’s assertions come at a time when there is a heated national discussion about whether transgender people should compete in traditional women’s and men’s sports.

Silverman claims she contacted Red Bull in the hopes of receiving a response to her worries about the competition being unfair, but she received no answer.

Silverman’s comments follow a rush of proposals aimed against transgender students this year, including measures that prohibit classroom discussion of gender identity, restrict access to healthcare for young individuals transitioning, and prohibit transgender adolescents from participating in sports.