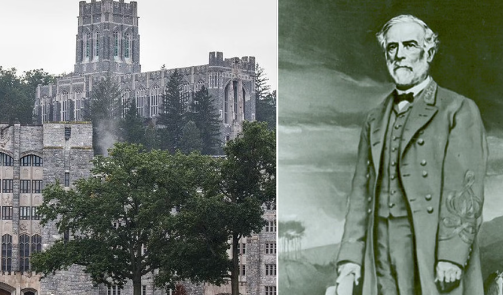 West Point is beginning to take down all Confederate statues and portraits from its campus in response to a federal directive by the Department of Defense.

Superintendent Lieutenant General Steve Gilland, head of West Point, announced the information and said “During the holiday break, we will begin a multi-phased process, in accordance with Department of Defense directives, to remove, rename or modify assets and real property at the United States Military Academy and West Point installation that commemorate or memorialize the Confederacy or those who voluntarily served with the Confederacy.”

The portrait of General Robert E. Lee is among the most iconic Confederate portraits that will be taken down.

Along with the portrait of Lee, multiple plaques and a stone statue of him will also be taken down.

Most people only know Robert E. Lee as the Confederate Army’s general, yet he spent 32 years in the US military prior to joining the Confederacy.

Lee began his military career as the top West Point graduate and gained notoriety during the Mexican-American War, where he once collaborated with General Ulysses S. Grant.

After the Mexican-American War, Lee was appointed West Point’s superintendent.

Lee declared that any states that attempted to leave the Union were betraying the principles of the Founding Fathers in the years preceding the Civil War.

General Winfield Scott, the advisor to President Lincoln, even asked Robert E. Lee to take over as the new leader of the Union Army.

Lee, nevertheless, turned down the chance and ultimately left the US military to join the Confederate Army shortly after Virginia broke away from the Union.

He didn’t want to desert his native Virginia, which was his justification.