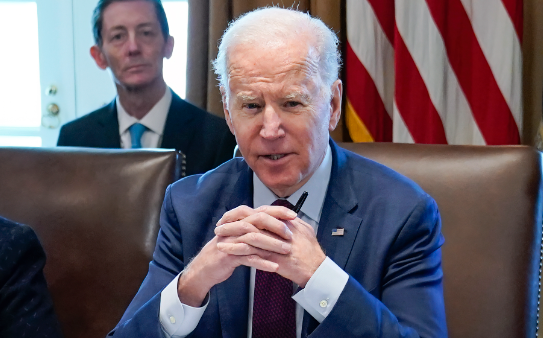 In what looks to be an attempt to make the economy appear substantially better than it is, President Joe Biden’s administration promoted massively overstated job addition numbers for the second quarter of 2022. The Federal Reserve Bank of Philadelphia provided information on the wild inflation of job data, which it reported on after evaluating state employment data.

The Philadelphia Fed, in particular, has just released the most recent Early Benchmark Revisions of State Payroll Employment, a quarterly report. According to the data, just about 10,500 positions were added between March and June. This is in sharp contrast to the more than one million jobs that President Joe Biden claimed and boasted about creating during that time period. According to the report:

Estimates by the Federal Reserve Bank of Philadelphia indicate that the employment changes from March through June 2022 were significantly different in 33 states and the District of Columbia compared with current state estimates from the Bureau of Labor Statistics’ (BLS) Current Employment Statistics (CES). Early benchmark estimates indicated higher changes in four states, lower changes in 29 states and the District of Columbia, and lesser changes in the remaining 17 states.

In a tweet, Wall Street Silver indicated that the excessively inflated numbers were put up to help Biden politically and were being adjusted now that the midterms are gone and it doesn’t matter, saying:

Federal Reserve Bank of Philadelphia estimates that the employment data was vastly overstated in 2022.

The elections are over, so this can now be corrected.

Federal Reserve Bank of Philadelphia estimates that the employment data was vastly overstated in 2022.

The elections are over, so this can now be corrected. pic.twitter.com/kyGLp7vXhE

However, several criticized the way Wall Street Siler and others of a similar viewpoint characterized the data adjustment. “This is not what you’re trying to sell it as,” one commenter said. It is the Philly Fed’s early forecast of a future correction by a different agency, which happens on a regular basis due to lagging data. It has nothing to do with either the administration or the election.”

Another, making much the same point, said “Hi. Professional economist here. Hardly EVER Tweet, too much crap. Not an error or conspiracy. HORRIBLE data is monthly CES, SAMPLE then modeled. Good is QCEW: nearly all biz FORCED to report employment quarterly. QCEW has 6 month delay. Happy to answer non crappy questions“.

Many people, though, were not convinced. According to Turning Point USA founder Charlie Kirk, “the Federal Reserve Bank of Philadelphia has told the public that instead of the previously estimated 1.1 million jobs added between March and June 2022, the real amount is closer to…10,000!!” So, should we just assume that everything they tell us in the run-up to an election is a lie? ”

The Philadelphia Fed report also stated that there was essentially no employment growth in 2022 and that the real rate was lower than expected, saying:

Payroll jobs in the nation remained essentially flat from March through June 2022 after adjusting for QCEW data: