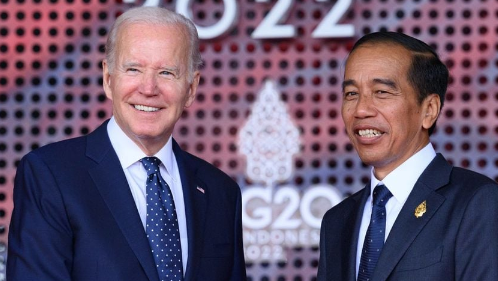 On Tuesday, the announcement of a climate agreement between President Joe Biden and President Joko Widodo, which intends for Indonesia receive $20 billion over the next three to five years to encourage the closure of its coal-burning power facilities.

According to a White House fact sheet, the effort aims to assist Indonesia, the top exporter of coal, in phasing out coal production and switching to green energy in order to meet the world’s targets for decreasing carbon emissions.

The International Partners Group, which consists of the US, Japan, and Canada, will spend half of the money, and private financial institutions led by the Glasgow Financial Alliance will contribute the other half to speed up Indonesia’s transition to a green economy over a three- to five-year period.

To get Indonesia to stop producing coal, the donors will blend grants, loans, guarantees, and private investments. According to the plan, investments in prospective coal facilities would be switched over to renewable energy sources and coal-fired power plants will be shut down more quickly.

According to a 2022 International Energy Agency research, Indonesia, the world’s fourth-most populated country, is heavily dependent on coal to power its energy-demanding steel sector. According to the Energy Information Administration, 37% of Indonesia’s energy consumption in 2020 came from coal, while 7% came from renewable sources.

In order to advance its net zero targets by ten years, Indonesia will aim to ensure that its power sector emissions peak by 2030 and reach carbon neutrality by 2050. The country will also work to ensure that by 2030, renewable energy will generate at least 34% of all electricity.

John Kerry, the climate envoy for President Joe Biden, declared on November 9 that the Biden administration was collaborating with the Bezos Earth Fund and the Rockefeller Foundation to offer developing nations marketable carbon credits in exchange for reducing their power sector’s CO2 emissions or investing in renewable energy.