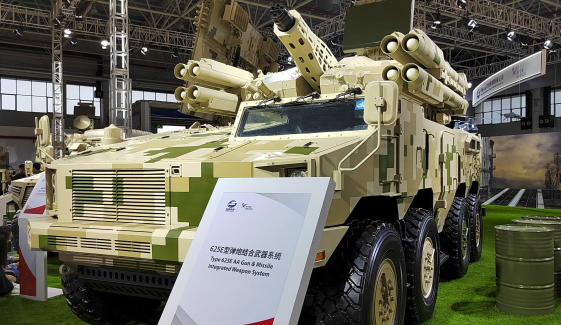 SHORAD systems, or short-range air-defense systems, are new weapons that Chinese arms manufacturers presented earlier this month at the Zhuhai air show. These systems are capable of detecting low-flying targets like drones.

According to the South China Morning Post, President Xi Jinping of China has given priority to the armament systems.

The Type 625E AA Gun Missile Integrated Weapon System, which is mounted on an 8×8 truck frame, was one of the primary draws of the arms expo.

According to the Eurasian Times, the recently deployed American Stryker IM-SHORAD system, created by General Dynamics and Leonardo DRS for the US Army, looks strikingly similar to the system that has been “independently developed” by two state-owned arms suppliers, China South Industries Group Corporation and China North Industries Group Corporation.

Elon Musk Speaks Out – Conservatives Were Mistreated By Twitter