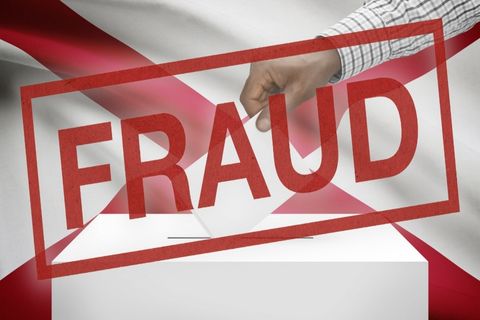 Conservative, patriotic, or independent Americans concerned about voter fraud in contemporary America have been attacked by leftist pundits and propaganda apparatuses, such as the mainstream media.

But an Alabama prosecution of a Democratic county official shows that such Republican worries are valid.

Albert Turner Jr., the County Commission Chairman of Perry County in Alabama, a Democrat and the son of a well-known civil rights fighter, has recently been indicted with charges involving voting fraud.

He faces felony and misdemeanor charges for “harvesting ballots” and “voting more than once,” respectively.

District Attorney Michael Jackson of the Fourth Judiciary Circuit and Secretary of State John Merrill of Alabama have both filed charges against the county commission chairman who is a member of the Democratic Party.

Albert Turner Jr. allegedly committed voter fraud twice in Perry County, Alabama, during elections in May 2022 and again in November 2022, according to the prosecution.

Michael Jackson, the district attorney, claimed a number of witnesses had seen Turner insert completed ballots for the candidates he supported into a voting machine.

That happened during the Democratic Primary election in Perry County in May 2022. Turner mailed “an undisclosed” number of absentee ballots during the November 2022 midterm elections, which was a violation.

Jackson and Merrill didn’t mention which elections the Perry County Democratic Commissioner was alleged to have interfered with in their remarks. Additionally, it was unclear whether his alleged misdeeds affected the results of the elections.

Republican Secretary of State John Merrill of Alabama said in a statement that since January 2015, state officials have worked harder to ensure that voting is “easy” and that fraud is “hard.”

Merrill emphasized that, despite the fact that Turner’s claimed voting offenses are going to be looked into and confirmed, the alleged voter fraud incident is so critical that his office will give it its entire attention.

How can that be?#FakeNewsMedia & Democrats continually parrot: “No voter fraud”.

Ignorant, self-serving partisans is what they are.https://t.co/T96kDhC9yO

Perry County Commission Chairman Albert Turner Jr. is accused “stuffing” ballot boxes at a Perry County polling place in the May 2022 Democratic primary. He is also accused of mailing a large number of absentee ballots in November’s general election. https://t.co/5S4efACamM

Armed Mother in Iowa Stops Duo From Kidnapping Her Son