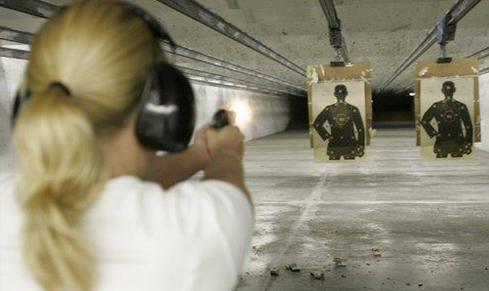 According to several reports, an armed mother in Iowa earlier this month used her weapon to repel two individuals who allegedly tried to take her child.

On January 5, a man and a woman strolled “repeatedly” through a Des Moines skywalk around the entrances to an apartment building. Shay Lindberg, the manager of the apartment building, knocked on the door and asked the two occupants if there was an issue. She was accompanied by her little son. The struggle began when one of them grabbed her child, according to local news source KDSM, and concluded when Lindberg drew her revolver and ordered the man and woman to release her child.

After the event, Lindberg called the skywalk’s security officer, Will Hunter, and gave him a description of the two suspects. Potter’s organization compiled the names of those who caused issues in the skywalk. Hunter was familiar with Potter. Until the police showed up, he followed the couple about.

“Everyone’s welcome to be here. This is a public space and I respect that. We do have the shelter down here and you have a lot of mental illness in the homeless community and that’s just a sad fact.”

According to Des Moines Police Department Sergeant Paul Parizek, this is an instance of a law-abiding gun owner defending a loved one.

“It certainly looks like the big turning point here, the pivotal piece to keeping her child safe was the fact that she was lawfully-armed with a handgun, and she produced it and told them ‘let go of my kid,’” he stated.