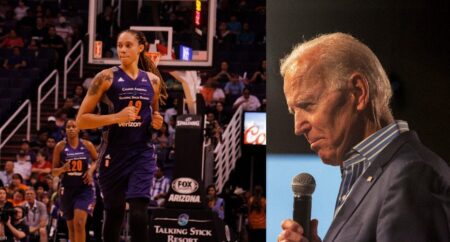 According to reports, WNBA star Brittney Griner is traveling back home after the United States and Russia agreed to a trade deal involving Griner and a global arms dealer.

In exchange for the women’s hoops sensation, the United States will send Viktor Bout to Russia, according to a Tweet from CNN’s Jim Acosta on Thursday morning.

Just under a month ago a Russian convicted Griner to nine years in the terrible IK-2 Mordovia facility, which is a work camp that is notorious to punish prisoners who do not fulfill the allotted chores.

Evidently, that punishment was sufficient to persuade the Biden Administration to totally and utterly bow down to Putin and his demand to obtain Viktor Bout in any agreement reached to return Griner to the States.

The Ap News noted this while describing the hazards linked with allowing Bout to return to Russia.

The United States liberated Bout, a former lieutenant colonel in the Soviet Army who the Justice Department previously referred to as one of the most active arms traffickers in the world. Bout, whose exploits served as the basis for a Hollywood film, was given a 25-year sentence for conspiring to sell weapons worth tens of millions of dollars that US officials claimed would be used against Americans.

Moments ago I spoke to Brittney Griner.

Griner, on the other hand, is notorious for kneeling for the national anthem at Pheonix Mercury games. She was the first overall pick in 2013 and has averaged 17 points per game in her career. Viktor Bout appears to be the more productive asset in this deal, though we are not entirely sure what the exchange rate is between points and illegal weapons sold.

Griner’s homecoming will surely be received with cautious eyes by many, but passionate fans of the WNBA will be happy to see her leading the league in dunks upon her return.

Joe Biden rushed to Twitter this morning to announce the agreement as he greeted Brittney Griner’s beaming wife.

Liberal Media FORCED To Lay Off Staff and Shut Down