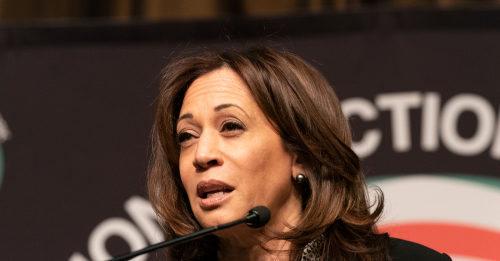 The vice president’s denunciation surprisingly backfired. She was reminded that Harris, who served as the attorney general and district attorney in California, personally sentenced hundreds of people to lengthy jail terms for marijuana use.

With today’s sentencing, Russia continues its wrongful detention of Brittney Griner. She should be released immediately. @POTUS and I, and our entire Administration, are working every day to reunite Brittney, as well as Paul Whelan, with loved ones who miss each of them dearly.

Following Griner’s almost ten-year sentence from a Russian court, Harris made his most recent significant communication error. She was apprehended on February 17 with cannabis vaping supplies at a Moscow airport.

Brittney Griner got 9 years for drug possession in Russia… which sounds like most of the criminal sentences Kamala Harris got people for the same thing when she was Attorney General of California.

The US government’s attempts to secure her release were greatly hindered by Putin’s assault on Ukraine, which started a week later. There are hints that the Russian government is using her to extort America.

In an effort to be sent home and swapped, Griner admitted guilt to the narcotics smuggling allegations last month.

With today’s sentencing, Russia continues its wrongful detention of Brittney Griner. She should be released immediately. @POTUS and I, and our entire Administration, are working every day to reunite Brittney, as well as Paul Whelan, with loved ones who miss each of them dearly.

Extortion by Putin worked. The Biden administration made an offer to Russia to trade the WNBA player and Paul Whelan, a former US Marine who has been detained in Moscow since 2018 on suspicion of spying charges, for Viktor Bout, a.k.a. the “Merchant of Death,” a smuggler who deals in international arms deals.

However, it looks that the Putin government has become beyond impudent. It is currently rejecting the trade and requesting the addition of another Russian criminal detained by the US in order to sweeten the deal.

Former Soviet military commander Bout, who went rogue in the 1990s, was successful in selling large quantities of lethal Russian weaponry to several repressive regimes, violent rebels, and other groups all over the world.

Griner’s lengthy prison sentence appears to have demoralized her, although there have been rumors that a prisoner swap will happen in the coming weeks.

The vice president of Biden, meanwhile, scarcely could have predicted that speaking out would backfire given her own track record as a prosecutor.

On Twitter, Harris’ detractors were quick to remind her that while she was the attorney general of California and the district attorney of San Francisco, respectively, she imprisoned thousands of individuals for marijuana possession.

America Could See An Uptick in Welfare Fraud