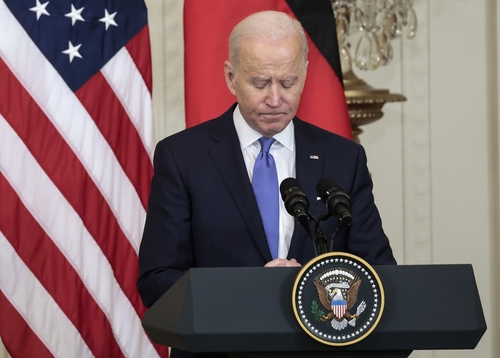 While applauding his own government, Biden pointed out that he had nothing to do with the ongoing price war.

The president acknowledged the anguish of Americans who are suffering from rising inflation while speaking at the National League of Cities Congressional Cities Conference.

Americans sound the alarm over cost of gas, groceries and war in Ukraine https://t.co/ohtahdcvzu #FoxNews – This is not Putin's inflation, IT'S JOE BIDEN'S INFLATION along with the pain it's causing all Americans. @POTUS @JoeBiden @PressSec @jrpsaki

He did say, though, that this is how the global economy works. Last week, Biden simply blamed Putin for inflation, this time, he also highlighted the economic effects of the pandemic.

According to him, the closure of a chip manufacturing firm in Taiwan has repercussions all over the world. Everywhere in the world, prices are rising as a result of this.

Furthermore, because America’s supply chain is intertwined with that of many other countries, the worldwide disruption had a large cumulative effect, resulting in inflation.

Biden cited Putin as the second major cause of inflation, stating that the Russian president has placed his military near the Ukrainian border.

As Biden was being chastised for employing enormous social spending measures to distribute free money to people, the president defended his American Rescue Plan, claiming that it was not the cause of inflation.

Something remarkable is happening, and the United States of America is experiencing a revival like never before, according to Biden, with inflation hitting a 40-year high in February.

Biden tentatively imposed an embargo on Russian oil imports, stating that it would be costly to American consumers. However, the current US president has neglected a key call from oil experts to enhance the country’s domestic oil production.

Biden cautioned that the prohibition would be extremely costly to American families.

Lifting oil and gas leases on federal lands and resuming the Keystone XL project are two of the things that many senators are promoting, both of which might help Americans.