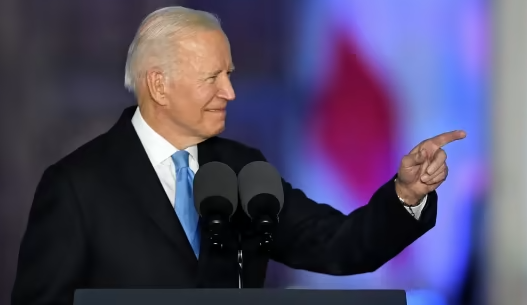 President Joe Biden has frequently stated that none of the tax increases imposed by his administration will increase the tax burden on households earning less than $400,000 per year, yet Biden has already broken that pledge.

According to Americans for Tax Reform, there are five big tax increases due to take effect on January 1 that will all inevitably increase the tax burden of poor and middle-class Americans earning far, far less than $400,000 per year.

Those five tax increases were all included in the so-called Inflation Reduction Act, which, paradoxically, will most likely boost inflation, that the Democrat-controlled Congress rushed through both legislative chambers for Biden to sign earlier in 2022.

President Biden has frequently stated that any tax increases enacted during his administration will be targeted entirely at corporations and ultra-wealthy individuals since the 2020 campaign season before he was even elected.

CNBC reported in March that Biden rebutted that statement during his State of the Union address to Congress, during which he once again vowed, “And under my plan, nobody earning less than $400,000 a year will pay an additional penny in new taxes. Nobody.”

“The one thing on which all Americans agree is that the tax system is unjust. “We must repair it,” he continued. “That is why I have advocated removing loopholes so that the really wealthy do not pay a lower tax rate than a teacher or a firefighter.”

That isn’t quite the case, as demonstrated by the Americans for Tax Reform organization, particularly with regard to three large energy production levies included in the Inflation Reduction Act, which are slated to take effect on Jan. 1 and will impact the wallets of nearly everyone in the country.

The first is a 17% tax on methane emissions as part of the natural gas production process, which, according to the nonpartisan Congressional Budget Office, is expected to raise tax revenues from natural gas production by up to $6.5 billion, which will inevitably result in higher household energy bills for all Americans, regardless of income.

Concurrently, the nonpartisan Joint Committee on Taxation estimates that a new 16.4-cent per barrel tax on all crude oil and imported petroleum products will raise around $12 billion in additional tax revenue, which will be passed on to the average American through higher gasoline and petroleum-based product prices.

Furthermore, the oil tax has been linked to the rate of inflation, which means that the tax burden could get even larger if inflation continues to climb.

Taxation of pension plans and companies

The first is a new tax on stocks sold back to a company, a common trading maneuver that is integral to various retirement savings plans such as 401(k)s, IRAs, and pension plans, which will generate an estimated $74 billion in revenue but will discourage such trades and ultimately reduce the retirement savings of average American workers and seniors.

Then there’s the new 15% corporate alternative minimum tax rate on corporations earning more than $1 billion per year, which the CBO estimates will raise $225 billion in tax revenue but will likely reduce the nation’s GDP, resulting in fewer jobs, and be passed on to average American consumers in the form of higher prices for goods and services.