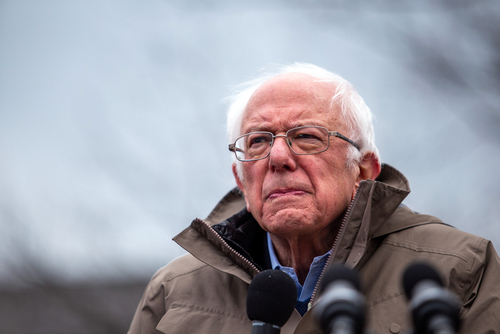 Senator Bernie Sanders, a socialist Democrat, went after capitalism once again, despite his own party’s inability to control inflation. He said that firms are earning large profits while simultaneously rising prices.

Bernie Sanders chastised McDonald’s, Amazon, and Starbucks on Tuesday for hiking prices and raking in profits. Sanders accused these firms of having a corporate greed issue, claiming that they are hiking prices despite making enormous profits.

These corporate behemoths have already stated that inflation, which has plagued the entire country in recent years, is the fundamental reason for their price increases.

McDonald’s announced last month that, due to rising inflation across the country, it would have to hike its pricing by about 6%.

Inflation is affecting the fast food behemoth in the form of higher labor pricing, raw beef prices, and transportation costs, according to the company. Similarly, one of the key reasons for rising food prices, according to McDonald’s, is the worsening supply chain crisis.

Starbucks also made a remark along the same lines. The coffee shop chain said earlier this month that it will be raising its prices soon.

This is the third price increase in the previous four months for the coffee behemoth. Despite Sanders’ claims against these corporations, food prices have been growing in numerous areas across the United States.

McDonald’s had a 59 percent profit rise over last year, according to Bernie Sanders, according to data given by the corporation in its financial statement.

In addition, Starbucks recorded record profits in its most recent quarterly financial report, with a 19 percent increase in profit over January 2021.

Similarly, according to Amazon’s profit statement, the company made $14.3 billion in February, which is about double what it made a year ago.

Businesses assume that raising the pricing of their goods and services is the only way to ensure long-term viability, which is unavoidably true.

For a variety of factors, the most serious of which is the Russian-Ukraine conflict, this price increase is likely to worsen in the near future. Shipping costs may likely increase, as oil prices have already surpassed $100 per barrel.

Oil prices rose closer to $100 a barrel this morning amid concerns about supply disruption after Moscow ordered troops into two breakaway regions in eastern Ukraine https://t.co/AURT5MakHe

Nato To Activate Defense Forces After Russia Invasion Of Ukraine