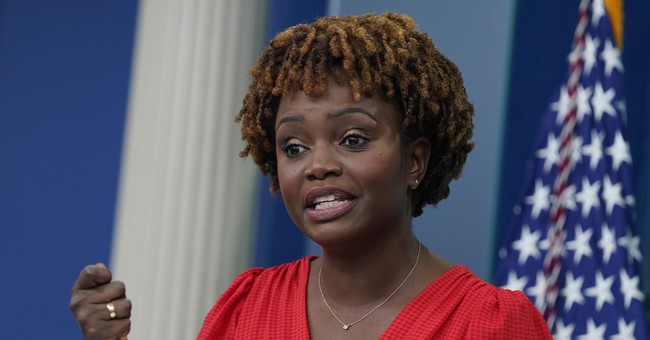 Karine Jean Pierre was eventually questioned about her failure to acknowledge that President Donald Trump defeated Hillary Clinton in the 2016 presidential election after working as the White House Press Secretary for months.

DOOCY: “You tweeted in 2016 that Trump stole an election.”

KJP: “I knew this was coming.”

DOOCY: “If denying election results is extreme now, why wasn’t it then?”

KJP: “That comparison that you made is just ridiculous.” pic.twitter.com/EJyoykV1Ta

President Joe Biden maintains that “MAGA Republicans” pose a grave threat to American democracy, as was mentioned in the conversation. When questioned about the reason, Biden highlighted Republican voters’ fears about election integrity as the prerequisite.

DOOCY: “If we’re all in agreement that it is incorrect to say the 2020 election was stolen, what about the 2016 election?”

KJP: “We’re gonna focus on the here and now.” pic.twitter.com/3NHa3A8NAT

Last week, while giving a speech with the support of two U.S. Biden vilified “MAGA Republicans” as a danger to the Republic, Marines. He has before threatened to use an F-15 fighter jet to bomb “right wing” Americans.

“The presence of the marines at the speech was intended to demonstrate the deep and abiding respect has for these service members, to these ideals and the unique role our independent military plays in defending our democracy.” Karine Jean-Pierre said in a press conference.

The next day, Biden softened his criticism of “MAGA Republican” and his press secretary persisted in supporting the tactic.

His communication team is currently working to explain as of right now.