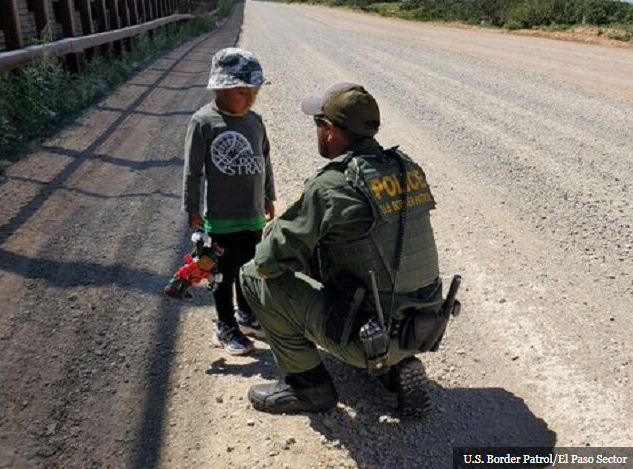 El Paso Sector Border Patrol agents recovered a four-year-old migrant kid after human traffickers abandoned him beside the border wall. Agents discovered the preschooler alone with a toy and his parents’ contact details.

According to a tweet from El Paso Sector Chief Patrol Agent Gloria Chavez, border patrol officers in the area of Santa Teresa, New Mexico, came encountered a four-year-old youngster from Ecuador standing by himself close to the border wall. The toddler is one of around 20,000 unaccompanied immigrant minors who have been forcibly smuggled across the border by what Chavez called vicious traffickers.

#SantaTeresa #USBP #agents located a 4-year-old child, near the border, who was abandoned by ruthless smugglers. The tender-age Ecuadorian boy was in possession of his passport and parent’s contact information. Over 19,651 unaccompanied children have been encountered this FY22. pic.twitter.com/9h81o8kEPj

According to Chavez, the agents discovered the little child clutching a toy, an Ecuadorian passport, and information about his parents. The location of the child’s parents or who paid the smugglers to bring him to the United States were not made public by the authorities.

According to unofficial data on migrant encounters collected by Breitbart Texas, the El Paso Sector grew to be the second busiest in the US in August. In August, agents in this region detained slightly under 30,000 migrants. This was part of the almost 117,000 migrants captured by the five Texas-based Border Patrol sectors that month.

With more than 52,000 arrests, the Del Rio Sector maintained its lead. Having received little over 27,000 migrants, the Rio Grande Valley Sector dropped to third position.

Agents working in these areas have detained a total of 1.25 million migrants since the start of the current fiscal year on October 1, 2021.

WH Press Secretary Under Fire For Saying 2016 Election Was Stolen

WH Press Secretary Questioned About Her Past Denial of Election Results