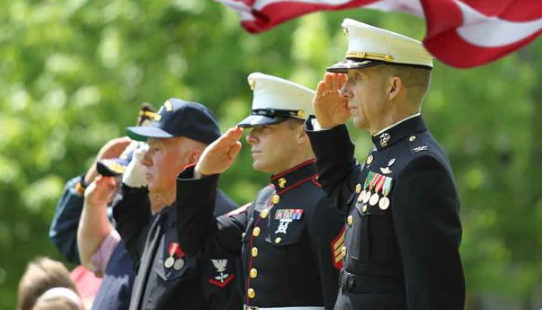 According to two blockbuster investigations by the Project on Government Oversight and the Washington Post, hundreds of American veterans, including retired generals and other high-ranking officers, are profiting from their government experience by working for foreign governments.

The great majority of former military personnel implicated in the probes worked for Middle Eastern nations, where the US military has recently engaged in a number of wars.

The majority of them have worked for defense contractors in the United Arab Emirates, a nation with a deplorable history of upholding human rights both at home and abroad. The Post referred to the UAE as a military machine led by Americans due to the substantial US presence there. Notably, former Marine General Jim Mattis advised the UAE on military matters in 2015 before rejoining the government as secretary of defense two years later.

Additionally, the terrible war that Saudi Arabia is waging in Yemen is being managed by Crown Prince and Minister of Defense Mohamed Bin Salman, who has been directly assisted by 15 former generals and admirals.

In 2017, the Saudi government hired retired Marine General James L. Jones to evaluate the Saudi military’s organizational structure. Jones had previously advised President Barack Obama on national security matters. According to the Post, the former general solicited the aid of around a dozen former senior Pentagon officials for the initiative, including William S. Cohen, the Clinton administration’s secretary of defense.

The report raises important concerns about how incidental factors, such as landing a lucrative job after retirement, may influence the leadership of America’s military. Even the highest generals in the country get about $200,000 a year in basic salary, and many have earned significantly more while working for other nations.

As reported by The Washington Post, some officers even secured jobs with foreign governments while they were still on active duty, while other officers are still employed in the nations where they were stationed.

The Fighting Foreign Influence Act is a new piece of legislation that some members of Congress have introduced to address these issues. The plan would require tax-exempt think tanks and other groups to reveal significant payments from foreign governments if it were to pass. According to a press statement from the proposal’s authors, it would also place a lifetime ban on former senior US military leaders, presidents, vice presidents, other senior executive branch officials, and members of Congress from ever advocating for a foreign principal.

However, given that this effort does not involve lobbying for a foreign principal, the law would not be able to stop the behavior identified in the recent investigations.

Teacher to Spend Christmas in JAIL for Using Wrong Pronouns