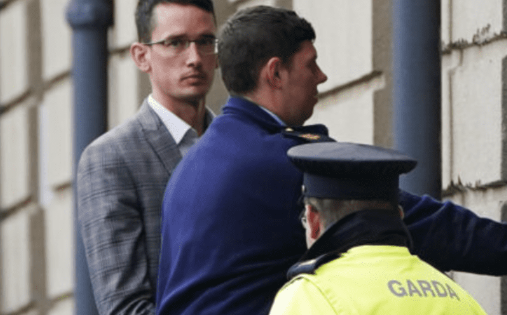 According to reports, a guy who has been in jail since September will spend Christmas in jail for refusing to use the preferred pronouns of one of his transgender students.

During a hearing of the High Court of Ireland on Tuesday, Enoch Burke, an Irish teacher, asked to be released from custody before Christmas.

Burke had already served time in jail in September following an incident in which he allegedly refused to use a “transgender” student’s chosen pronouns. As a result, he disobeyed a court order prohibiting him from returning to the school where he worked.

The school where #EnochBurke works will be closed over Christmas, so it would be impossible for him to breach his court order. The courts have decided to keep him imprisoned anyway.

They have no problem with releasing a double murderer, though. https://t.co/3NwaI7bbHM

The High Court apparently declined to take the instructor’s plea that the order violated his right to exercise his religion into account before ruling that the teacher be imprisoned until his contempt is cleared up.

Burke, according to the Irish Independent, has remained adamant in his assertion that the court order infringes his right to exercise his religion, and he has asked the current judge to release him in light of the religious significance of this season.

“I would beg of this court to free me from this prison,” Burke allegedly told the court, stating once more that the court’s decision that he not attend school runs counter to his constitutionally protected right to practice his religion.

“The fact of the matter is I was requested by principal Niamh McShane that it was expected of me to participate in transgenderism and to call a 15-year-old boy ‘they’ or ‘a girl’. It is something I cannot do in all good conscience as it goes against my religious beliefs. I am not a thief. I am not a murderer. I am not a drug dealer. The reason that I am in prison today is because I refused to leave the school I worked in when I was suspended solely on account of my religious beliefs,” he went on to say.

Conor Dignam, the judge, rejected the request, stating that Burke continues to refuse to follow a court order and that he would not discuss whether the injunction genuinely infringes on Burke’s religious freedoms.