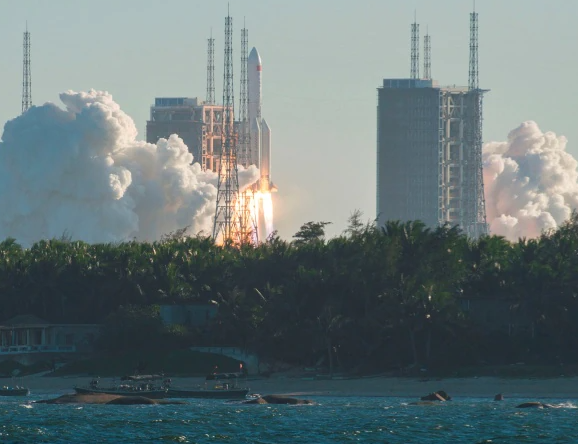 According to authorities, on Saturday about 1:00 p.m. Eastern Time, fragments from a Chinese Long March 5B rocket that had lost control reentered the atmosphere over the Indian Ocean.

“#USSPACECOM can confirm the People’s Republic of China (PRC) Long March 5B (CZ-5B) re-entered over the Indian Ocean at approx 10:45 am MDT on 7/30. We refer you to the #PRC for further details on the reentry’s technical aspects such as potential debris dispersal+ impact location,” the agency wrote on Twitter.

On July 24, a rocket launched from Hainan Island with the intention of delivering a module to China’s space station. However, after the module had been successfully delivered, the rocket made an uncontrolled descent back to Earth.

On Saturday, NASA Administrator Bill Nelson noted on Twitter that China has not provided any details on the trajectory or final location of the debris.

An uncontrolled return of a Chinese rocket to Earth has occurred three times in recent years.

In May 2021, a second Long March 5B rocket erupted out of control and crashed to Earth, finally making landfall in the Indian Ocean.

Nelson stated at the time, according to CNN, “Spacefaring nations must minimize the risks to people and property on Earth of re-entries of space objects and maximize transparency regarding those operations. China is failing to meet responsible standards regarding their space debris.”

In the event from 2021, the rocket carried a section of the future space station into orbit before running out of fuel and being pulled back down to Earth by gravity.

According to the study, a section of the Chinese space station itself disintegrated over the Pacific Ocean in 2018 and a third Long March 5B rocket fell down during its return to Earth in 2020.

According to the research, even though the majority of space junk burns up as it reenters the atmosphere, big parts like these rockets may survive the drop and crash to Earth.