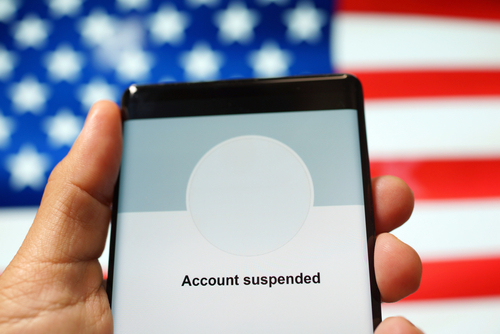 Twitter is continuing its anti-conservative campaign despite the ongoing crisis between Elon Musk and the social media network.

This time, it follows the permanent account suspension of prominent conservative writer and journalist James Lindsay for alleged acts of hatred.

When you take a closer look at Lindsay’s alleged violation, it becomes obvious that he didn’t even meet that standard for misconduct. He only made a straightforward and accurate observation.

1/
My friend James Lindsay was permanently banned from twitter today.
An activist weaponized the rules by filing reports until something stuck.

We need to talk about why they went after James specifically.

Lindsay made a straightforward observation: Kamala Harris, the vice president, is unqualified.

Harris has bumbled her way through the VP position, ranting inanely and sounding stoned, humiliating the United States on the global stage with sporadic fits of laughing, and being completely stupid.

Alejandra Caraballo, a Harvard law professor, however, made the decision to attack Lindsay, claiming that he is a misogynoir, which is a male who expressly despises black women.

1/ If it hadn't been for James Lindsay, I may not have ever spoken up about gender ideology.

In 2018, while a postdoc at Penn State, I wrote James this email expressing my concern for the state of academia and my fear about speaking out. His responses helped give me the courage. pic.twitter.com/bggWFarQ7q

Lindsay didn’t find Caraballo’s remark to be noteworthy. He criticized far-leftists like her who want kids to explore sexuality and gender identity by calling her an expert in child sexualization.

In her own profile photo, Caraballo is shown sporting a shirt that advocates for transgender children. She is a staunch advocate for the notion that kids may alter their gender.

Caraballo launched a mission to get Lindsay removed when he retaliated against her, pushing her supporters to mass report him and censor him.

Lindsay was informed that as a result of the professor’s conduct, he had been suspended permanently.

Caraballo disliked Lindsay calling her out on how strongly she feels about allowing children to alter their gender.

He claims he is thankful that more attention is coming his way as a result of Twitter’s restriction while he appeals the decision. According to Lindsay, the prohibition will eventually be little more than a hassle for him.