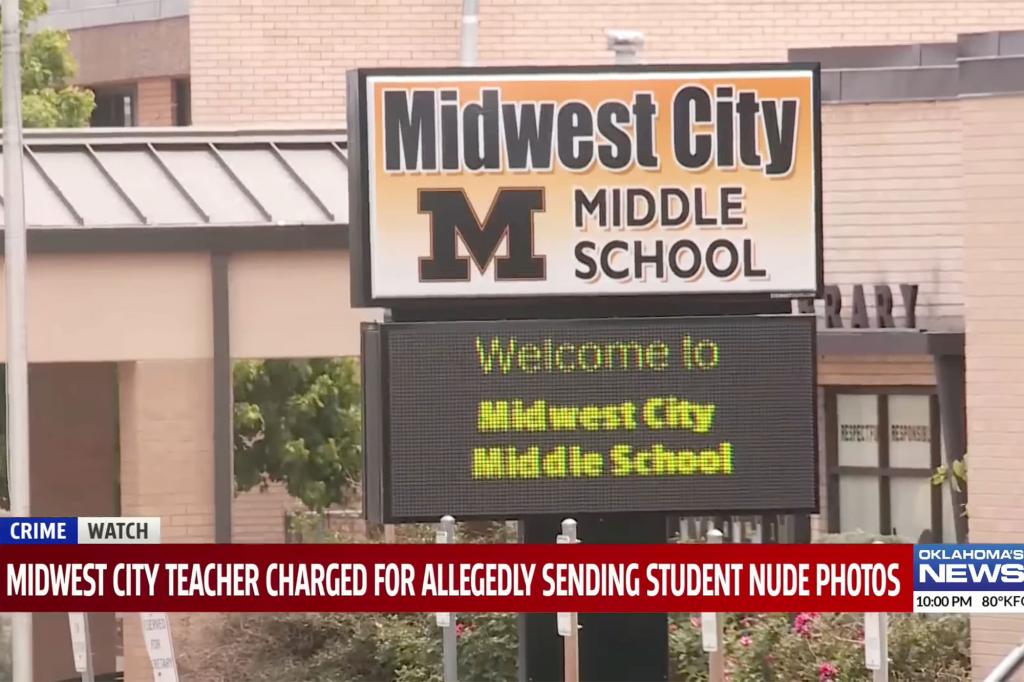 According to reports, an Oklahoma teacher is accused of mailing a 16-year-old pupil a nude photo and an improper film after she heard rumors that he liked her.

Ivy Reneau, 28, is wanted for suspected pervert conduct, and a warrant has been issued for her arrest.

According to court papers quoted by KFOR Oklahoma, the instructor allegedly sent a topless photo of herself and another of her posing in front of the mirror sideways with no clothing on, exposing her breast and buttocks.

Reneau was an assistant soccer coach and a teacher at Midwest City Middle School. According to court filings, she met the underage youngster at practice and heard stories that he loved her and wanted to watch her race.

The field is shared by the high school and middle school teams.

She allegedly added the adolescent on Snapchat and gave him three or four sexual photographs as well as an improper video.

According to court filings, the adolescent showed the photos to a few teammates. He also tried to extort money from the instructor, threatening to damage her career if she didn’t pay up.

She apparently sent him $120 on the internet. According to the records, Reneau admitted to the images to police, but stated she never had a sexual contact with him and mistook him for an 18-year-old.

The documents stated that they discussed hanging out once but never followed through.

According to court filings, the alleged illegal conduct came to a stop when another instructor overheard the adolescent telling someone that he had been provided nude images by a teacher.

Reneau is accused of utilizing technology to communicate with a kid for sexual or prurient interest. On May 26, a warrant for her arrest was issued.

Bison Gores Woman After She Walks Up To Animal At Yellowstone