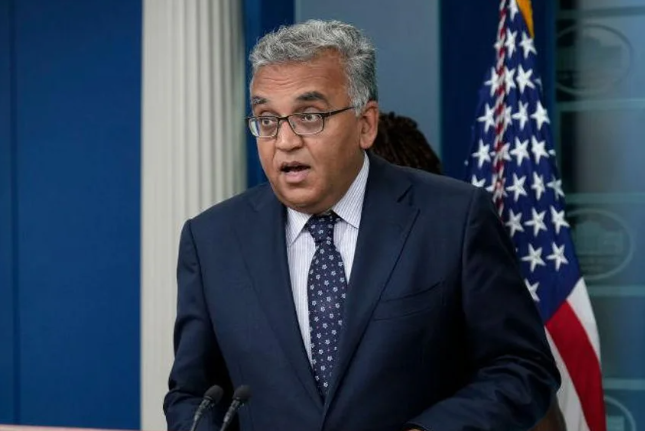 The White House revealed that Vice President Kamala Harris was a “close contact” of the president after revealing that President Joe Biden had COVID-19.

The Centers for Disease Control and Prevention recommend that anybody who is considered a close contact wear a properly fitted mask around other people for ten days. But Harris didn’t act in that way.

However, Harris removed her face mask on Friday while speaking and hugging Birmingham, Alabama, Mayor Randall Woodfin at a gathering in Washington, D.C.

Jha tempered his statement by saying he hadn’t been keeping tabs on the vice president’s actions, after which he said Harris is adhering to CDC recommendations.

Jha acknowledged that the CDC’s advice is clear but declined to elaborate, once more claiming not to have observed the episode.

Kamala Harris — who the White House said yesterday was a "close contact" with Biden and his COVID diagnosis — walks on stage, immediately removes her mask, and hugs the moderator. pic.twitter.com/4eBTxSDq4M

“She took off the mask and she embraced someone. You don’t have to see it. I mean, that’s what happened. Yeah, so usually when we think about people having contact, it’s for an extended period of time,” Jha replied. “Again, I didn’t see the hug. I don’t know how long the hug lasted. But it’s very hard for me to comment on something I really didn’t see.”