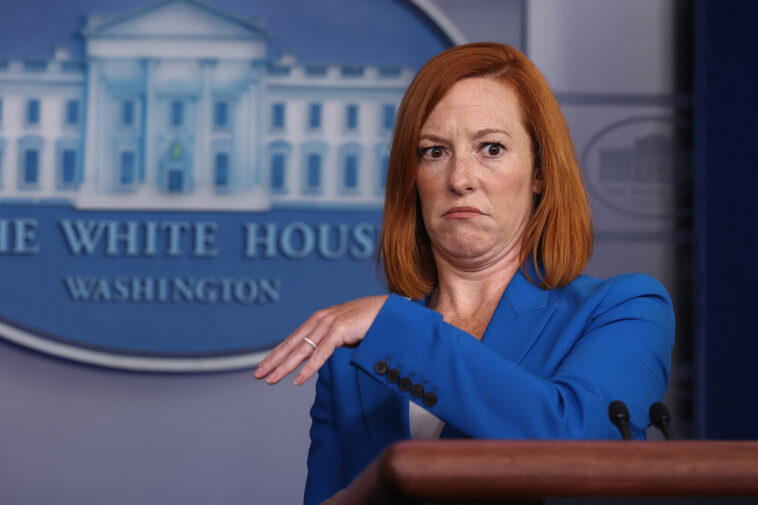 If Psaki is to be believed, America’s current high gas prices are not due to Biden’s restrictions on drilling on federal land or the suspension of the Keystone XL pipeline.

Biden’s policies, she claims, have nothing to do with the price of gas, which is solely Putin’s responsibility.

Psaki claimed that the reason for the volatility in the global oil markets and the rise in gas prices is not due to the President’s actions; rather, it is due to President Putin’s invasion of Ukraine, which is causing a tremendous deal of instability in the worldwide marketplace.

PSAKI: "The reason why the price of gas is going up is not because of steps the president has taken.” pic.twitter.com/f2sCbqQgYx

So, what they’re attempting to do, and what the President is focused on, is to take every step possible to lessen the damage. Biden, of course, announced the release of more oil from the Strategic Petroleum Reserve in a planned manner.

Furthermore, in addition to the conflict affecting Russian oil output, there is the issue of the fighting raising shipping costs, which has increased the price of oil, and the issue of Europeans now having to search elsewhere for oil and gas, both of which are likely to raise fuel prices.

The invasion has had some impact; when there is rumors of a war, oil prices tend to climb. Shutting down pipelines, limiting drilling regions, and generally inhibiting energy production, on the other hand, tends to raise costs. After all, less supply combined with a higher, or at least stable, demand means higher pricing.

Democrats, on the other hand, have never been the best at even fundamental economics.

WH Under Fire for Refusal to Stop Importing Russian Oil