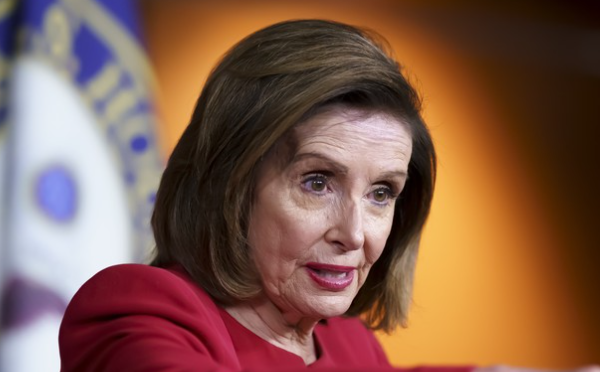 With the state of technology today, it would be difficult to gauge how happy the majority of conservatives are that the Republicans took back the House and ousted Nancy Pelosi (D-CA) as speaker.

As previously reported, Pelosi revealed a photo of herself to display in the Speaker’s Lobby, which virtually shouted for memes to be made of it. Pelosi has already given her final testimony as Speaker. The ironic aspect of all the honors was that she will still be in Congress, even though she will no longer be serving in a leadership capacity. They are paying her all these honors as if she had passed away entirely. She’s still there, though, and working hard to respect herself.

“Will you commit to serving your full two-year term for the people of San Francisco?”  said a reporter of Pelosi. The journalist is doing her job by posing this question, which seems to be totally acceptable. But Nancy Pelosi lost it and became furious.

REPORTER: "Will you commit to serving your full two-year term for the people of San Francisco?"

PELOSI: "What is this? Don't bother me with a question like that. Really. Really, OK? I said what I'm going to do. Those kind of questions are such a waste of my time." pic.twitter.com/sk9C43aXwp

“What is this? Don’t bother me with a question like that. Really. Really, OK? I said what I’m going to do. Those kinds of questions are such a waste of my time,” Nancy Pelosi huffed.

This is how Pelosi speaks now that she is not seeking re-election and is no longer in a leadership position. She no longer hides while seeming courteous. Because this is who she really is—a horrible individual who has only ever been interested in power. Even the media, which has consistently slobbered all over her, is treated in this manner by her.

That leads me to believe that the reporter’s question is most likely off-target. Within a year, Pelosi will probably leave her position. She’s probably simply hanging around in the hopes that Joe Biden would offer her the ambassadorship to Italy that some have speculated about.