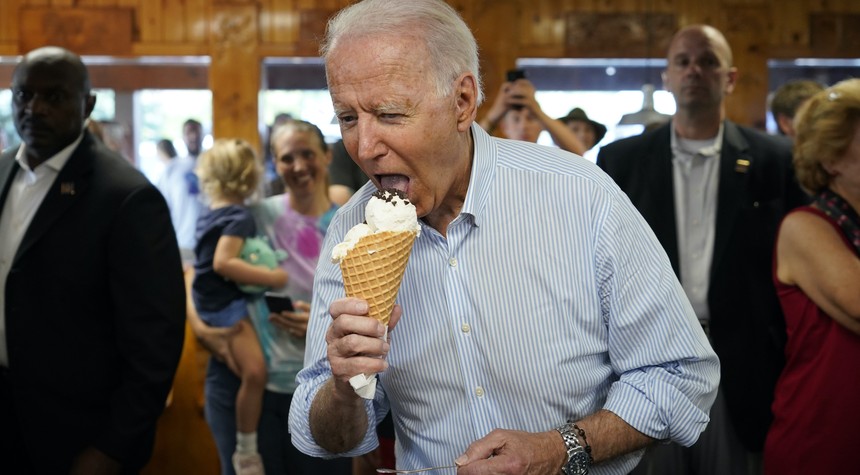 Stocks once again fell substantially on Friday, with the DOW Jones resting at 28,725 points. Even worse were the S&P and Nasdaq, with the latter being nearly 31% below its peak point since Joe Biden assumed office.

The fact that the White House celebrated its win over the stock market less than a year ago makes all of this even more absurd. Ron Klain, the chief of staff for Biden, publicly chastised Donald Trump for foreseeing a crash on social media.

This is a WH that cares about main street, not Wall Street. But given that the "former guy" predicted a stock market "CRASH" under @POTUS, this 👇 merits some notice. https://t.co/WSGz2ZJ0xf

Klain gives a nice illustration of why it would probably be preferable for public servants to avoid using Twitter. That holds true particularly when it comes to spiking the football before the first year of a four-year tenure has even begun.

Anyone could tell that a sell-off would occur at some point soon. Inflation had already reached 6.2 percent at the time Klain made the remark and showed no signs of receding. At that time, a soft landing was out of the question, which invariably meant that a recession was just around the corner. Yes, a recession (i.e. two consecutive quarters of GDP drop) followed.

BIDEN in January: The stock market has hit “record after record on my watch!”

For reference, this is how the current situation seems. For the love of everything that is holy, do not check your portfolio after viewing this. I care too much about your mental health for that.

Those statistics are difficult to comprehend.