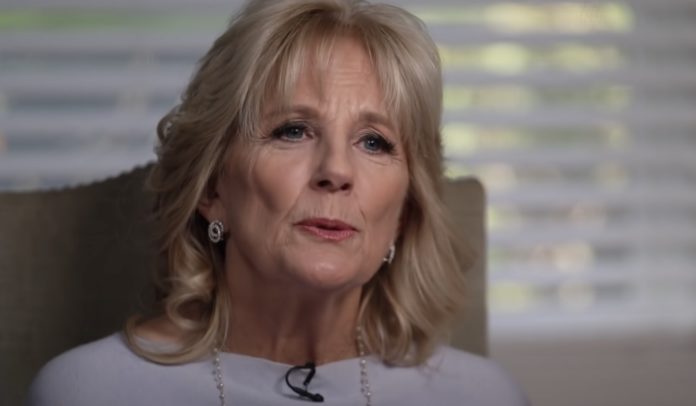 The fact that First Lady Jill Biden recently acknowledged at a speech that her husband, President Joe Biden, was dealing with unforeseen issues is a huge warning sign.

Biden, the oldest president in history at 79, is rumored to be suffering from dementia as a result of advancing age.

“The President had so many hopes and plans for things he wanted to do, but every time you turned around, he had to address the problems of the moment.”

Many Americans began to wonder about Biden’s current troubles as a result of this right away.

What may be preventing Biden from achieving his objectives? Some individuals suggested that she could be making a reference to her husband’s deteriorating mental condition.

Additionally, Joe is to blame for the majority of our issues, including the situation at the southern border and his failure to stop Russia from invading Ukraine.

She added,  “He’s just had so many things thrown his way. Who would have ever thought about what happened with the Supreme Court overturning Roe v. Wade? Well, maybe we saw it coming, but still we didn’t believe it. The gun violence in this country is absolutely appalling,” she continued. “We didn’t see the war in Ukraine coming.”

Jill’s remarks exposed the level of ineptitude present in the Biden administration.

A large number of individuals, including President Donald Trump, anticipated the conflict in Ukraine and Russia’s desire to obstruct the Nord stream pipeline.

The American public ought to be informed of what is going on with Biden, according to Dr. Ronny Jackson, the former White House physician under Obama.

Past Statements Come Back With a Vengeance to Haunt Biden