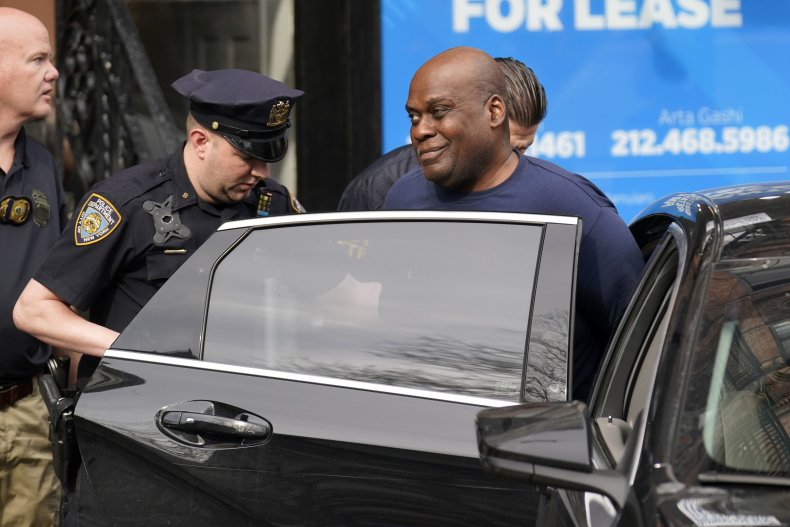 At a news conference, New York City Mayor Eric Adams said, “We got him.”

The 62-year-old suspect was last seen in the East Village of Manhattan, at a McDonald’s on 6th Street and 1st Avenue, according to a tip received by the New York City Police Department. Officers responding to the call did not see James in the McDonald’s, but drove about the neighborhood and found him between St. Marks Place and 1st Avenue, where he was brought into custody without incident around 1:45 p.m. Police say it’s 2:00 a.m. ET.

Investigators are looking into the 911 call, according to a New York City Police Department officer.

When cops couldn’t find the culprit in the McDonald’s, they encountered passersby a block away who informed them they had discovered James, according to sources. According to accounts, James was discovered charging his phone at a kiosk.

Frank Robert James had nowhere else to run or hide — and is now in NYPD custody. The work of our detectives is second to none and the dedication of our patrol officers is never ending. pic.twitter.com/uOXliUvoJ7

According to law enforcement officials, after being brought into custody, James requested a lawyer and refused to talk to authorities. Federal prosecutors in Brooklyn have accused James with terror-related acts, according to authorities, and he has been transported to federal detention.

James, who was sought for the attempted murder of ten individuals, was the focus of a massive manhunt by local and federal authorities, including the US Marshals Service. According to James Essig, the New York City Police Department’s Chief of Detectives, in the chaos following the Tuesday morning shooting at the 36th Street subway station, James eluded law enforcement by boarding a R train that pulled into the station and traveling one stop before exiting at the 25th Street station. The suspect was last spotted at a Park Slope subway station around 9:15 a.m. ET before disappearing from view, according to Essig.

President’s Approval With Hispanics Has Continued To Nosedive