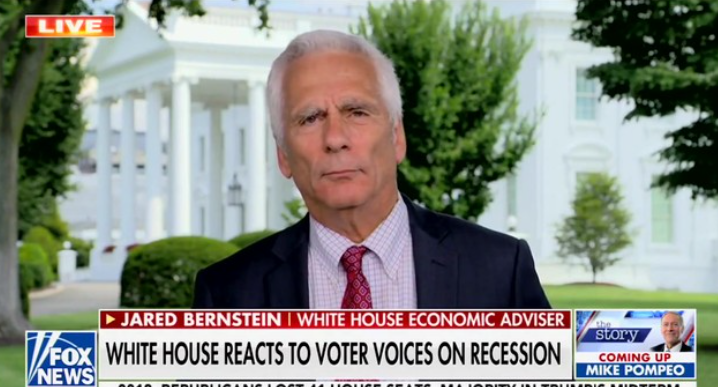 The Biden administration has been attempting to celebrate the fact that the national average gas price has fallen by 80 cents from its all-time high of over $6 in the early summer. According to AAA, the national average is still $4.14 despite the price decrease. Gas cost $3.17 on average a year ago.

This graphic from the Biden admin is an insult to the intelligence of the American people so I fixed it.

Biden is bragging about a 75% increase in price. https://t.co/YPFYLJvhHs pic.twitter.com/esV5vpGTGX

Before inviting Bernstein into the program, MacCallum had spoken with the owner of a tow truck firm who said that the cost of petrol and fuel is still too high.

“I do think though that there’s a couple of fact checks I want to do. Someone said that they thought the gas price had couple down a couple cents. That’s just factually incorrect. It’s down 83 cents off of its peak since mid-June,” Bernstein remarked.

Gas prices have declined by an average of 83 cents per gallon over the past 49 days. This drop is the fastest decline in gas prices in over a decade. pic.twitter.com/fXxGw6Mk6X

“Diesel fuel has also come down a lot. I don’t have the number in my head,” Bernstein responded.

“Well she deals with it every single day, she fills up her tow trucks. I’m going with her on that,” MacCallum pressed.

“Hold on, Martha. Wait a second. To say that diesel fuel has come down a couple of cents is absolutely incorrect. I will get you the number of cents. It’s not a couple of cents,” Bernstein commented.