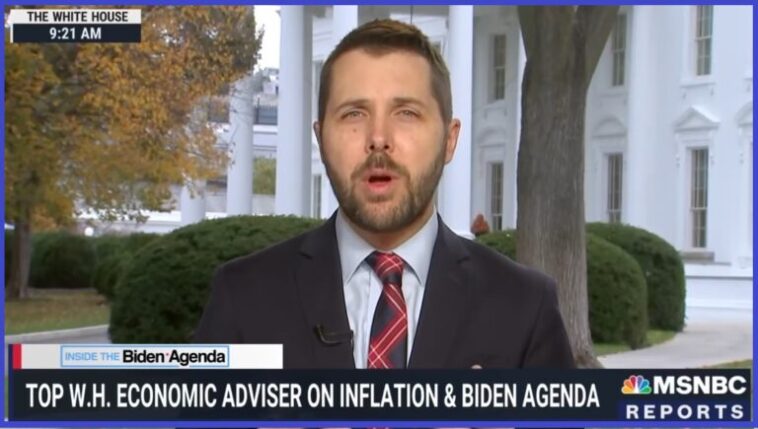 In a crazy video that will be hard for even the smooth-minds among us to comprehend, President Brandons ( AKA BIDEN ) National Economic Council chief Brian Deese intensely pronounced that unvaccinated kids, not production network issues or enormous gobs of government spending, are at fault for the Bidenflation debacle.

You can watch that video here. J ump to about the 1:30 imprint to get to his ludicrous attestation and avoid past a portion of the liberal numbskullery:

That’s right. When asked what exactly the Biden Administration could and would do to respond to skyrocketing inflation, Deese responded by saying:

“Number one: We have to finish the job on COVID. We know that the more that people feel comfortable getting out into the economy, going to movies rather than buying a television at home, working in the workplace, the more we can return a sense of normalcy to our economy, getting those shots out to 5-11-year-olds is gonna provide a lot of comfort to American families.”

Individuals immediately took to Twitter to deride the ridiculous idea that unvaxxed 5-11-year-olds is some way or another answerable for Brandon’s ( AKA BIDENS ) expansion:

As every one of the tweets (anAs all the tweets (and there are many, many more) point out, Deese’s remarks have neither rhyme nor reason and are only business as usual vacuous, liberal hogwash that has encircled both Covid and the Brandon Administration from the start.

The Conservative Treehouse, in a post on the sheer inanity of Deese and his ilk, had this to say about Deese’s comments:

Somewhere in the upper northeast there must be an economic school or think-tank where leftist graduate students are taught how to verbalize cognitive dissonance using the same 300 words and emojis in a sequential pattern. Two of the most visible alma maters’ of this school are Transportation Secretary Pete Buttigieg, and a fellow named Brian Deese, who is now the White House National Economic Council director.

In his latest exhibition of post-graduate cognitive dissonance, Deese nuts, the primary architect of the JoeBama economic program, appears on NBC to proclaim that massive U.S. inflation is somehow connected to the fact that 5 to 11-year-old children are not yet vaccinated. [Video at 01:30] Once the children are vaccinated, some unknown and difficult to explain metamorphosis will take place amid the American workforce allowing the U.S. economy to stop inflation.

It has neither rhyme nor reason. Inflation is at least 6%, mainly in areas over which kids have little to no influence. Food prices are up substantially, as are car prices and gas prices. Are people buying more food because their kids are unvaxxed? Are cars in short supply because parents buy a new, uncontaminated one after each drive with their unvaxxed kids? Is oil in short supply because Mother Earth is mad that a six-year-old in Akron didn’t get the Fauci Ouchie?

Deese gives no replies. Evidently, were simply expected to accept it without any doubt that the issue isn’t an excess at the ports, production network disarray brought about by Covid lockdowns and guidelines, or monstrous government spending and acknowledge that the genuine issue is that kids haven’t yet gotten the hit.