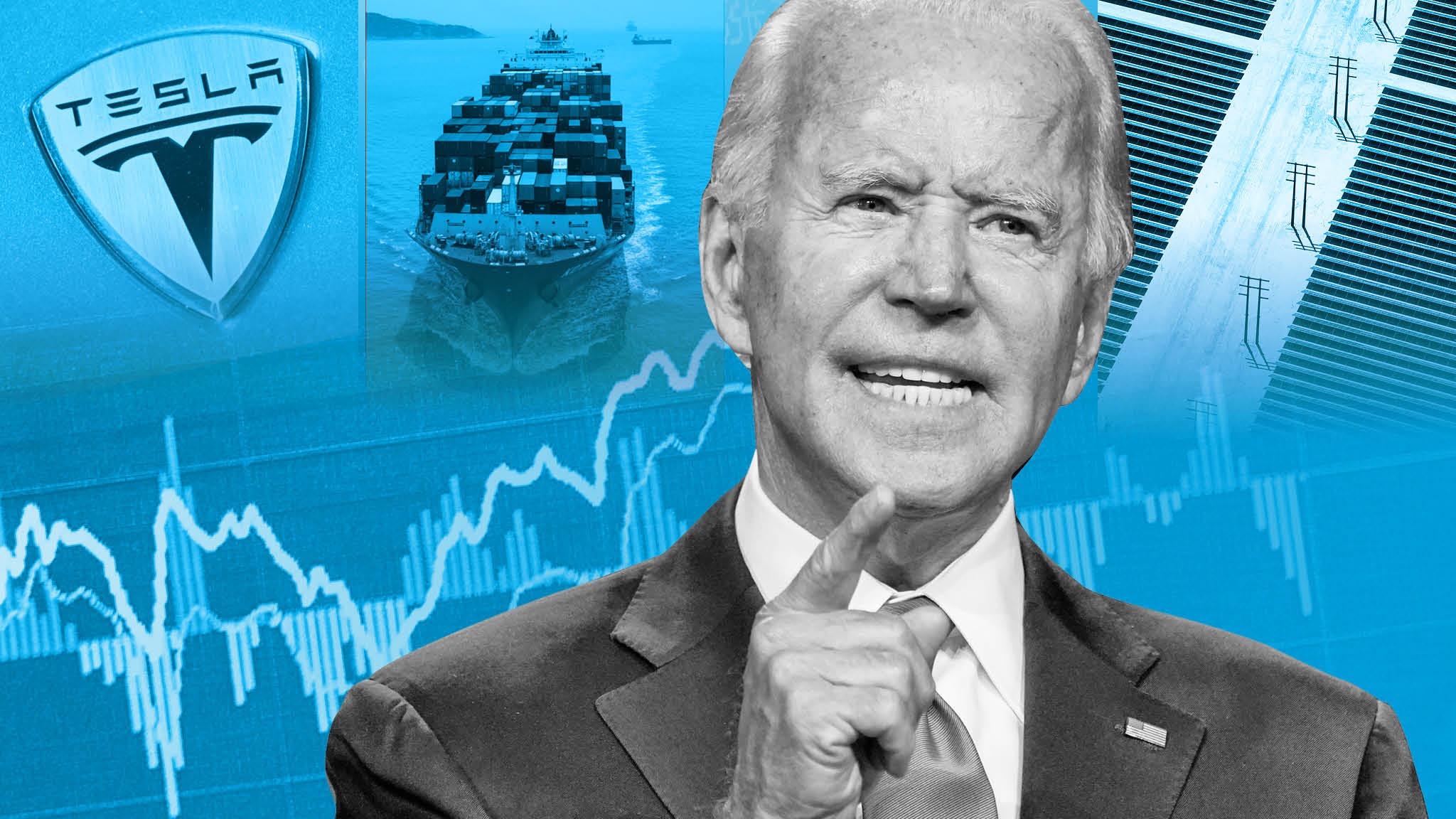 Although the U.S. economy was meant to be a help to President Joe Biden and Democrats in general, it has been hurting them lately with voters.

Biden praised Friday’s performance of the U.S. economy over the rest of the globe, pointing out that it was largely due to his $1.9 trillion coronavirus relief program and plans for $2.75 trillion more in infrastructure, families, health care, and climate change.

Yet, Americans are becoming more pessimistic about their economy due to the persistent rise in inflation. Voters in Virginia gave Glenn Youngkin a victory in Tuesday’s governor’s race. This was partly because they believed that Youngkin would do more for economic growth. These realities were too hard for the president to ignore, but he stated Friday at the White House that recent numbers showed a robustly active economy.

“We still have to tackle the costs that American families are facing, but this recovery is faster, stronger and fairer and wider than almost anyone could have predicted,” Biden said. “That’s what the numbers say.”

The president acknowledged that voters cannot rely solely on numbers. They must feel it in their lives, their bank accounts, and their hopes and dreams.

This is Biden’s challenge as he prepares for the 2022 elections. If the Democrats lose control of the Senate and House of Representatives, it will be difficult to answer the question of whether Americans feel the economic numbers.

The president can’t just highlight Friday’s 531,000 job gains and October’s 4.6% unemployment report, as long as the pandemic continues and basic goods like furniture and auto continue to rise in price.

This challenge raises deeper questions about the interplay between politics and the economy after the pandemic.

Are Americans more concerned about job growth than inflation?

Do they doubt that government spending can improve the economy permanently?

Can Democrats expect to be rewarded for their results or are voters indifferent to policy achievements?

These questions also pose an obstacle as House Democrats were preparing on Friday to vote on Biden’s bipartisan $1 trillion infrastructure deal that has already cleared the Senate and move forward with a $1.75 trillion mix of social spending and matching increases.

After attending the U.N. climate summit, Biden suggested at a Tuesday news conference in Glasgow, Scotland, that the failure to pass his agenda earlier would have no impact on how the Democrats fared in the 2021 election.

“I’ve not seen any evidence that whether or not I am doing well or poorly, whether or not I’ve got my agenda passed or not is going to have any real impact on winning or losing,” the president said. “Even if we had passed my agenda, I wouldn’t claim, ‘We won because Biden’s agenda passed.’”

Economists across the ideological spectrum noted that the country faces an unusual situation after the coronavirus. The delta variant appears to have hobbled growth late this summer and the rush of money from the government caused consumer and business demand to surge in ways not seen in recent recoveries.

As a result, some reliable indicators of the economy have become less reliable. Yes, there has been a solid recovery in hiring yet so many people have stopped working or seeking jobs that the adjusted unemployment rate is closer to 7.3%, instead of 4.6%, said Heidi Shierholz, president of the liberal Economic Policy Institute and a former chief economist at the Labor Department.

“We are still in a huge hole,” Shierholz said. “Coming out of the COVID recession has created some unique circumstances that people never experienced before.”

This created a Dickensian-like framework in which it could be the best of times and the worst of times. The economy is poised for the fastest growth since 1984 and the stock market’s Dow Jones industrial average hit a record high this week. Yet inflation is running high at an annualized rate of 5.4% and eating into paychecks. Employers are struggling to find workers despite raising wages. Container ships are stuck waiting to dock at ports, creating empty shelves and long delays for consumers ahead of the holiday shopping season.

“Inflation is outpacing wage gains and that’s a big problem,” said Michael Strain, director of economic policy studies at the center-right American Enterprise Institute. “It feels like the economy has gotten worse.”

According to the American Automobile Association, average gasoline prices have increased more than 60% compared to a year ago and now cost $3.42 per gallon. Biden called last week on OPEC countries to pump more oil while simultaneously calling for a transition away from fossil fuels in order to achieve a zero-emission economy by 2050.

Voters believe the economy would do better under Republicans, as evidenced by their voting record so far.

According to AP VoteCast, more than a quarter of Virginia’s voters said that the economy was their number one priority in Tuesday’s election. 63% of this key group voted for Youngkin because they believed that a Republican could do better for growth.

Moreover, 54% disapprove of the way Biden is handling the economy. This is almost identical to a recent AP/NORC survey, in which 54% of Virginia voters disapproved of the president’s economic stewardship. This marked a sharp reversal since March when 60% backed Biden.

Republican lawmakers have been effective at hammering Biden and Democrats on the inflation issue. The Biden administration initially tried to minimize inflation as a problem by calling it transitory, but the consensus by many economists is that it will keep running above the Federal Reserve’s 2% target until the second half of next year.

“Washington Democrats have super-charged inflation, re-created welfare without work requirements, and made America significantly less energy independent,” the Kentucky senator said in a Wednesday floor speech. “The American people will not stand for this. That’s what voters told Democrats last night.”

Stuart Stevens, cofounder of The Lincoln Project, a conservative group that strongly opposes Donald Trump said that Biden has struggled with communicating its economic successes. He pointed out that Americans still believe the country is in a bad place, despite the fact that vaccinations have increased, the stock market is rising and the unemployment rate falling.

Stevens concluded Friday on Twitter: “The Democratic Party has a huge messaging problem.”