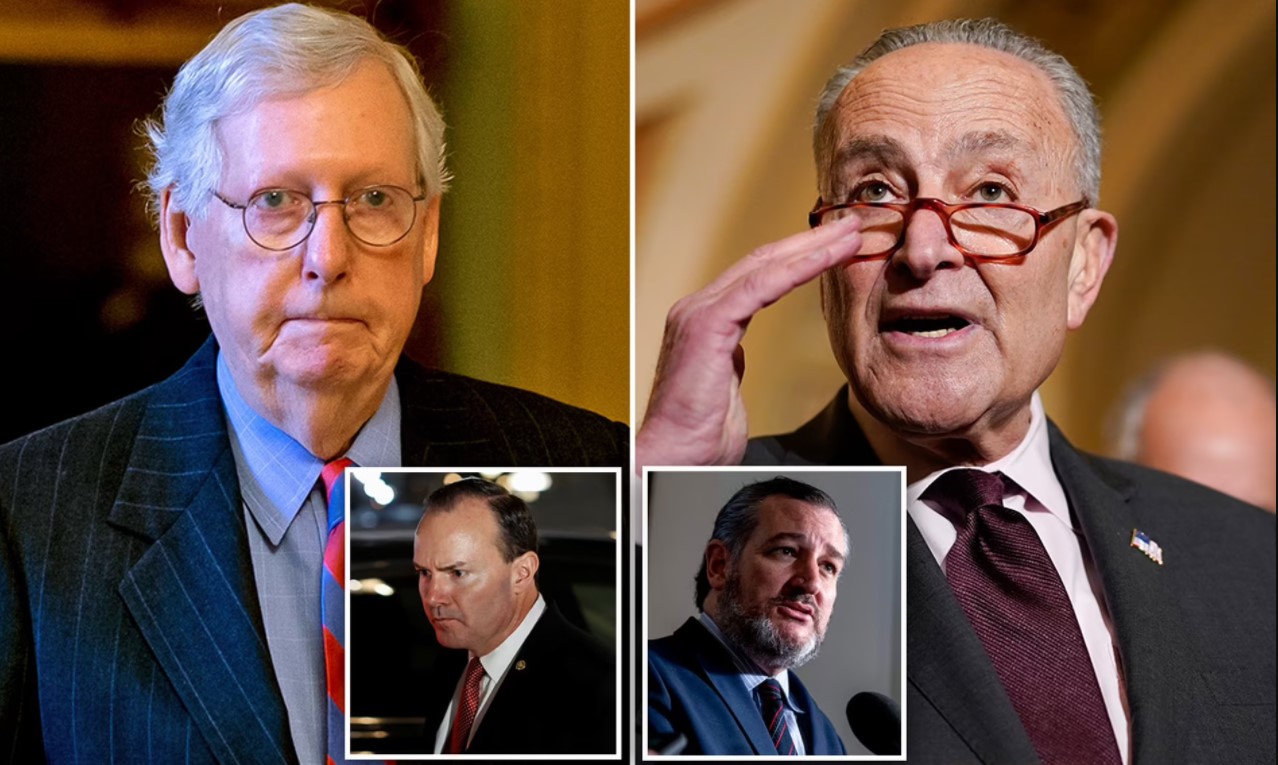 Some Republicans in Congress are expressing dismay at the deal Senate Majority Leader Mitch McConnell made with Chuck Schumer, which will allow Democrats bypass the filibuster to raise debt ceiling.

According to The Hill newspaper, Sen. Kevin Cramer stated, “There’s a lot of disagreement about the proposal. I wouldn’t call it a great deal or a good deal”

McConnell stated for months that his “red line” was that Democrats should raise the debt ceiling by themselves. This would allow Republicans to attack them during the midterms as fiscally irresponsible.

McConnell and Schumer reached a deal that delayed Medicare sequestration cuts by three months. This provision allows for the debt ceiling to rise using a simple majority vote in this case.

They also have time to pass President Joe Biden’s Build Back Better reconciliation bill prior to Schumer’s Christmas deadline.

Tuesday night’s Medicare debt ceiling bill was passed by the House with a vote of 221 to 212. Only one Republican, retiring GOP Rep. Adam Kinzinger, voted against it.

To pass the Senate, this legislation will need to be supported by 10 GOP senators. Only Senate Democrats can vote on the debt ceiling.

Numerous prominent Republicans have already said they will not vote.

‘I wouldn’t vote for it,’ Sen. Richard Shelby, a Republican from Alabama, told The Hill. ‘I think we ought to keep our word with the base.’

Senator Mike Rounds, a South Dakota Republican said to The Hill that he was leaning towards voting it down.

Rounds stated, “I think they can do it with reconciliation. They’ve known that from day one”.

Sen. Mike Lee shared a tweet regarding the complex process that was under discussion and would allow Democrats to bypass the filibuster one more time. He warned it would ‘neuter’ the Senate.

“IT IS AKIN TO “NUKING THE FILIBUSTER!” said his tweet in all caps.

Ted Cruz, Sen. of Texas, argued that Republicans are still providing assistance to Democrats – even though GOP senators will not be required for the final vote.

According to Playbook, the Texas Republican stated that he didn’t believe Republicans should facilitate adding trillions of dollars in debt.

On the House side, GOP Rep. Kevin Brady (the ranking member of House Ways and Means) complained that the deal made it difficult to pass a bipartisan Medicare bill. He called it a “poison pill”.

‘You wrecked a bipartisan agreement for your debt ceiling crisis,’ Brady said Tuesday night on the floor.

On Wednesday, ex-President Donald Trump, who had been battling McConnell for weeks over the debt limit, didn’t stop.

‘So Mitch McConnell has the greatest hand, the greatest, the best, this is such an easy negotiation to kill the “Build Back Worse” plan of Biden. … And we have a thing called the debt ceiling. And this morning, I hear he gave it up,’ Trump claimed on Hugh Hewitt’s radio show.

McConnell couldn’t actually use the debt limit to stop the Build back Better bill. Instead, Democrats have already made plans to use reconciliation to pass it. This allows them to bypass the GOP filibuster.

McConnell could have required Democrats to go through the lengthy reconciliation process to pass a separate debt limit bill, but this could have led to Congress missing Yellen’s deadline.

Because the debt was assumed by both Republican presidents and Democratic presidents, members of both parties have voted on the debt ceiling.

McConnell was short of options with Democrats controlling both the White House and the Congress Houses, so he decided to make it a challenge for his Democratic colleagues by telling them that they must raise the debt limit alone.

He claimed that Schumer’s deal was still valid.