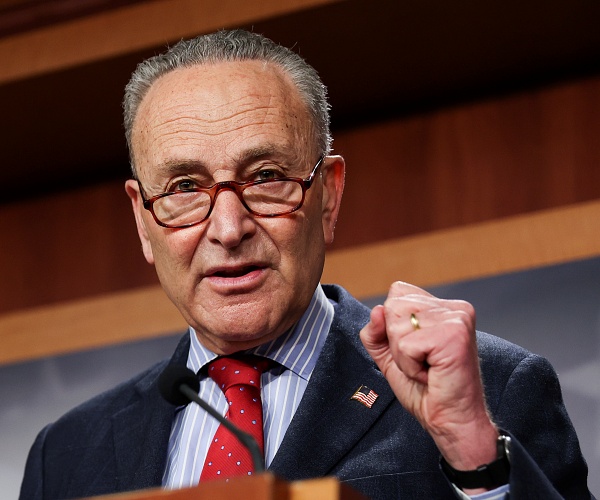 Senate Democrats can use reconciliation many times in one fiscal year to bypass the filibuster and push through legislation, according to the chamber’s parliamentarian, but not all of President Joe Biden’s $2.3 trillion infrastructure program will qualify for the party line vote under Senate rules.

, so the infrastructure plan could be treated as a revision of budget laws permitted under Senate rules, before this week.

And with Republicans opposing potential corporate tax increases, the measure is not likely to pass under the typical 60-vote threshold that is required for most legislation.

With the Senate split at 50-50 between Democrats and Republicans, it is hard for the left to pass bills that require a 60-vote majority. In the case of this infrastructure bill, even with reconciliation, the bill as written could have difficulty in passing a party-line vote, as Sen. Joe Manchin, D-W. Va., does not approve of an increase in corporate taxes to fund it.

House Transportation and Infrastructure Chairman Peter DeFazio told The Wall Street Journal that he expects many other measures preferred by his party won’t be allowed under Senate rules, including a strategy to bring back earmarks that allow lawmakers to target projects for funding.

Named in honor of late Sen. Robert Byrd, D-W. Va., which prevents reconciliation bills from having provisions which don’t pertain to the budget.

He said it’s”absurd” for the parliamentarian,”a bureaucrat,” to be”channeling a dead senator” with these rulings.

It’s up to MacDonough, as the parliamentarian, to determine whether proposed legislation meets the standards under reconciliation, and Democrat leaders have declined to overrule her.

One of her rulings was to determine a minimum-wage raise provision, which many Democrats seek, couldn’t be contained in the current $1.9 trillion COVID-19 aid package if it was pushed under reconciliation.

Meanwhile, Senator Minority Leader Mitch McConnell has said Republicans are amenable to passing a smaller infrastructure bill that doesn’t include”a whole lot of other things” that are not about the nation’s infrastructure requirements.

Biden has said he wants a bipartisan infrastructure bill, but Energy Secretary Jennifer Granholm said Sunday she will be prepared to push the measure through without Republican support if that doesn’t happen.

Democrat Sen. Ron Wyden, chairman of the chamber’s Finance Committee, however, says he is happy with the parliamentarian judgment, because Americans”want bold action to address our country’s many challenges, and Democrats now have more options to overcome Republican obstruction and get things done.”