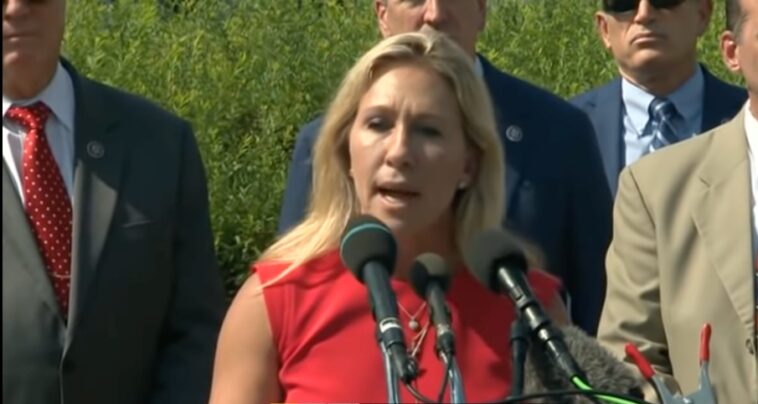 She’s introduced a bill to give Kyle Rittenhouse a Medal, exposed how the January 6th political prisoner are being treated, and called RINO’s who had their spines removed and bow down to “dictator Biden.”

It all began when Pressley, the radical, went on MSNBC and declared that abortion is health care and that it is a matter “of life and death”.

Rep. Ayanna Pressley (D-MA): “Abortion care is health care..This is quite literally a matter of life and death.” pic.twitter.com/p24xMtXS7n

She probably meant for babies, but she seems to care little about them when she says “life and death”.

Greene spoke out against Pressley’s remarks, criticizing her for being so evil and saying that “killing babies IS NOT health care.” This is the most disgusting statement.

.@AyannaPressley killing babies is NOT health care. That is the most repulsive statement.

We hope that others will take the lessons from Greene’s example and stand up against the insane leftists such as Pressley and for unborn rights!

McConnell Blasted by Senate GOP For Backing Down to Schumer