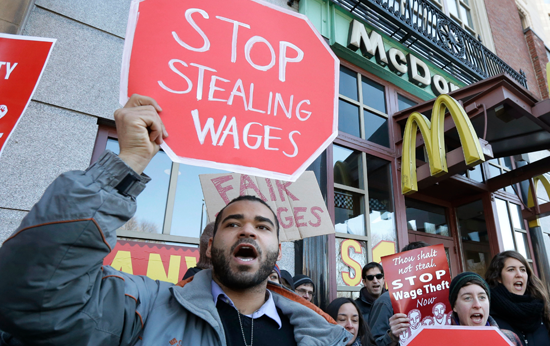 Kroger is one of the oldest and largest grocery store businesses in the United States. It operates 2,720 stores across the country and expects to generate $138.7 billion in revenue in 2022.

However, Kroger is currently facing major challenges because a substantial number of its employees in one union claim that it has stolen their wages. These workers are now suing the company.

What exactly is the lawsuit?

The UFCW employs 13,000 people in total. They claim to have received over 1,000 complaints from union members who claim they have not been paid what they are owed.

They have also received hundreds of complaints regarding excessive tax deductions, incorrect health-care deductions, and a variety of other issues.

The union is currently suing Kroger for breach of contract with them and the employees they represent. The case will now be heard by the National Labor Relations Board.

UFCW chief for this chapter Mark Federici says Kroger is intentionally engaging in “wage theft” and that this is simply “stealing.” He also said he suspects the true amount of inconsistencies and problems in the paychecks far exceeds the 1,000 or so complaints they have received.

After all, some employees may not have the time to carefully examine the deductions and amounts on their paychecks, or they may miss errors based on a cursory examination of the numbers.

Federici claims that all “avenues” have been pursued to inform Kroger of the faults and for them to rectify them, but nothing has been done.

Federici describes Kroger’s lack of attention to the issue as “unacceptable,” and says the company’s “refusal” to do anything to improve its payment system must be punished and remedied.

One worker named Donald Austin is a perfect example of these allegations. Austin alleges he hasn’t received a payment in over a month despite working forty-plus hours each week.

Federici claims that these and other examples demonstrate Kroger’s “outrageous” and “egregious” behavior. He stated that the issue has been thoroughly investigated and that it has shown out to be “national,” not just in certain states.

Every move in the case will be used to get Kroger to pay every penny owed to these employees and to address the issues that are causing such widespread problems.

The Bottom Line
Workers work hard. They deserve to be paid.