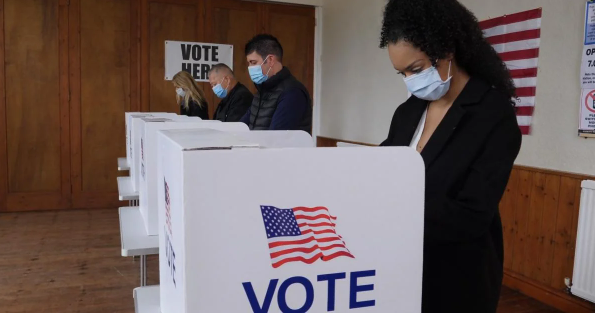 America Votes, a left-wing organization, sent mailers to Nevadans in an apparent attempt to intimidate them into voting in the Nov. 8 midterm elections.

“Who you vote for is private, but whether you vote is a matter of public record. We will be reviewing public records after the election to determine whether or not you joined your neighbors in voting,” the mailers state, according to one that Nevada Independent CEO Jon Ralston posted on Twitter.

"Who you vote for is private, but whether you vote is a matter of public record. We will be reviewing public records after the election to determine whether or not you joined your neighbors in voting?"

You can't be serious, @AmericaVotes? Is this the progressive way?

According to the National Conference of State Legislatures, political parties are given access to voter registration records in all 50 states, and most states make the data available to the public upon request. According to the US Election Assistance Commission, at least 18 states keep records of people’s prior voting history.

According to the Sixteen Thirty Fund’s federal tax form from 2020, America Votes, a 501(c)4 and dark money juggernaut, received roughly $129 million from the fund. According to reports, billionaire mega donor George Soros has given money to both America Votes and the Sixteen Thirty Fund. Both organizations have also contributed money to a Super PAC backing Democratic Wisconsin Senate candidate Mandela Barnes.

In the course of the 2022 midterm election cycle, America Votes donated $3,375,000 to SOMOS PAC, a Super PAC trying to assist Democratic Nevada Sen. Catherine Cortez Masto. In her contest with Republican Adam Laxalt, Cortez Masto’s polling numbers are within the acceptable range.

Over the course of the 2022 midterm elections, the linked Super PAC of America Votes, called America Votes Action Fund, raised $5.7 million and spent $3.8 million. According to the Super PAC’s most recent filing, its single expenditure in Nevada is a $45,000 gift to Nevada Advocates for Planned Parenthood.