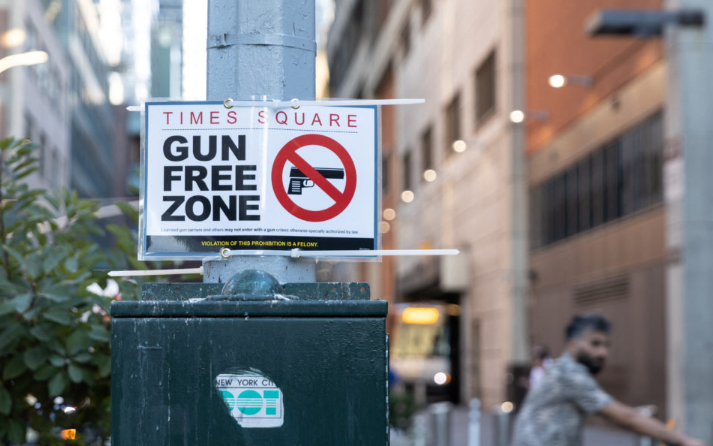 As anticipated, the governor of New York, Kathy Hochul, and senior officials have appealed a U.S. Attorney General Letitia James reacted angrily to the judge and promised to fight for the safety of every New Yorker by, uh, making it virtually impossible for them to lawfully bear arms in self-defense. The judge’s decision to issue a temporary restraining order against many elements of the state’s new “Concealed Carry Improvement Act” was met with criticism.

Our communities are plagued by gun violence, and we must be able to enact common-sense laws to protect New Yorkers.

My office will appeal today’s ruling on our state's concealed carry gun laws and continue to fight for the safety of every New Yorker.

Authorities in New York denounced Judge Suddaby’s decision. Gov. Kathy Hochul issued a statement in which she expressed her disappointment at the judge’s desire to restrict her power to protect New Yorkers’ safety and stop further senseless gun violence. The injunction would make it more difficult for us to safeguard New Yorkers, according to New York City Mayor Eric Adams. Letitia James, the state’s attorney general, also promised to file an appeal.

I was recently at a federal courthouse and thought about how safe I was after going through security. Judges award themselves maximal protection against guns and then tell parents around the country that they have no power to keep guns out of daycare. Freaking daycare. It's sick.

The meaning of the judge’s decision appears to be a little unclear to some other progressives.

Judge Glenn Suddaby really stated that the state of New York cannot impose a prohibition on guns in daycares or childcare facilities, leaving Mark Joseph Stern seemingly perplexed. Daycare operators may still designate their facilities as “gun-free zones” on private land, and my prediction is that the vast majority of daycares will do so.

However, New York’s expansive list of “sensitive places” took away this freedom of choice from many private property owners and turned all private land into sensitive places by default, something that, according to the judge, has never happened in the almost 250-year history of this nation.

Fair enough, those opposed to guns have good reason to be furious over Suddaby’s decision on Thursday. His viewpoint is merely a preview of what their ambitions to criminalize the right to keep and bear guns would entail in the future.

NKorea Says Missile Tests Are Self-Defence Against US Military Threats