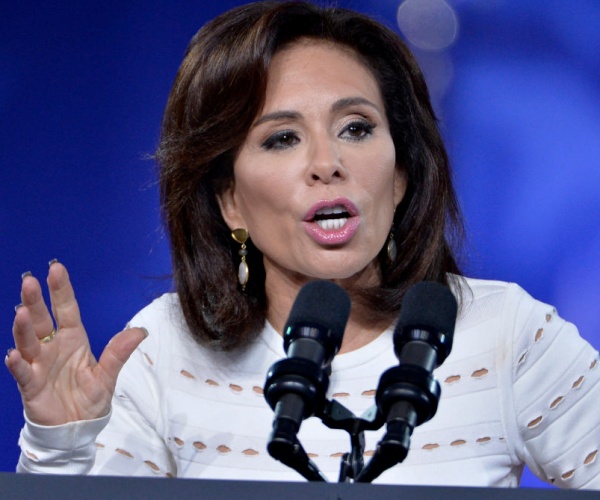 The first days of President Joe Biden’s administration has exacerbated the unwinding of Americans’ rights and freedoms and his”official position on the right to keep arms puts us in peril of becoming a fascist state,” Fox News’ Jeanine Pirro warns.

“Gun control’s an illusion,” Pirro shot back in her opening statement of her Saturday show “Justice w/Judge Jeanine.”

Biden himself desecrated the Constitution with remarks this week, Pirro noted, playing a clip of the president resisted the law of the land.

“Nothing, nothing I am about to recommend in any way impinges on the Second Amendment,” Biden said in the clip. “But no amendment, no amendment to the Constitution is absolute.”

In fact, Pirro noted, the Constitution’s law are just that.

“Really? Really?” Pirro responded. “Oh, no Constitutional amendment is absolute? Where did you hear it? Or better question: Who made you king?

“Chicago has one of the strictest gun laws in the nation and some of the highest gun crime rates in the nation,” Pirro said. “What does that tell you, Joe? That tells you gun control’s an illusion.”

The left’s war on authorities is the time to protect gun rights, she added.

“You want to chip away at my gun rights now?” she continued. “The way to combat gun crime is to prosecute the criminal and make sure that he learns not to commit the offense again.

“It is to learn where he got the gun. Was there a straw purchaser involved? Was the gun trafficked illegally? Get an informant. Get a warrant. Squeeze those who have information until you move up the series. This isn’t rocket science. It’s fundamental law enforcement.

“So stop with the nonsense of putting law-abiding people, gun owners through hoops like dogs in a dog show.”

Pirro did note there are some Americans who must be subject to scrutiny on their gun rights, however, including those with mental illness and drug-abuse complications, notably President Biden’s son Hunter.

“Criminals and unstable individuals or those with drug abuse problems like your son Hunter should not be able to get a gun,” she concluded. “Why don’t you start working on those problems? Criminals are not afraid of you. In fact, they are laughing at you.”