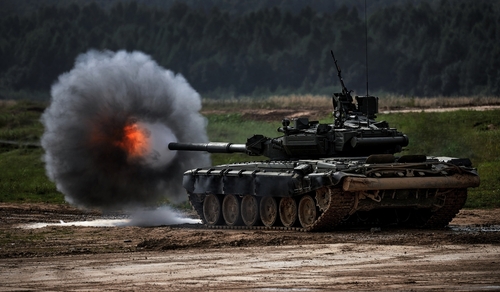 Ukraine was invaded by Russia a month ago with the claimed goal of demilitarizing and denazifying the country.

According to Russian President Vladimir Putin, his troops was needed to liberate beleaguered eastern Ukrainians and prevent Kiev’s leadership from inflicting additional injustice.

After a month, Russia is still losing this fight. According to unofficial figures, they have already lost almost 17,000 soldiers; leaked audio now reveals the Russian troops’ desperation.

This is not a picture of a capable contemporary army. This is a portrayal of a badly-run clownshow.

In a month, Russia has lost a huge number of men and failed to conquer the vital towns of Odessa and Kiev. In Ukraine, they have perpetrated multiple war crimes and bombarded residential areas.

#Ukraine: New, detailed images of Russian hardware destroyed by what is suspected to be a TB-2 drone in the area of #Makariv in the first days of the war.

Russian troops have been fighting an uphill struggle with poor communication across sections of their military and insufficient command and control since the beginning of the war, according to leaked recordings.

The battle on the Ukrainian tiny town of Makariv, where Russian BTGs began to gain control, is a prime illustration.

Once Russian allies have left the bombing zone, the commander asks on audio to hit the entire town, including civilian areas. This is a war crime that no competent army would do, and it certainly didn’t work.

It’s difficult to keep track of how many men, tanks, planes, and weapons the Russian military has lost at this stage. Ukraine has also destroyed Russia’s supply lines, ships in port, and forced Russia back in numerous regions where it was anticipated to easily dominate.

"The ‘Orsk’ is one of two Alligator-class landing ships operated by the #Russian Navy and is designed to carry between 300 and 400 troops along with 20 tanks or other armored vehicles." @SiladityaRay#Ukraine #Russiahttps://t.co/h5hYQw3QPg

Makariv is significant since it is located just north of Kiev and might be a key strategic location for Russia to start a larger invasion of the city.

At this point, the valiant combat and defense of Ukrainian units has prevented it from happening.