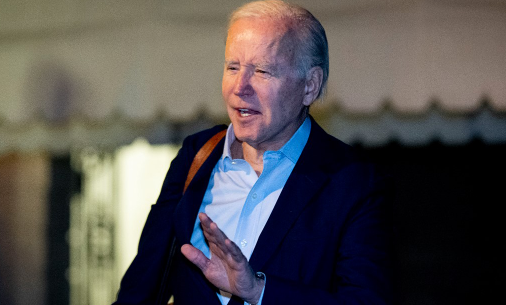 The pardons were revealed by the White House on Friday and included a lady who killed her husband, a man who sold untaxed whiskey at the age of 18, and a former soldier who admitted to using ecstasy.

“Today, President Biden is granting six full pardons for individuals who have served their sentences and have demonstrated a commitment to improving their communities and the lives of those around them,” a White House official said.

In the past, Biden has claimed that America is a “country of laws and second chances, forgiveness, and rehabilitation,” which is why he has granted pardons to offenders who have served their sentences. Biden is now on vacation at a donor’s home in St. Croix.

“These include individuals who honorably served in the US military, volunteer in their communities, and survived domestic abuse,” the White House official added, “President Biden believes America is a nation of second chances, and that offering meaningful opportunities for redemption and rehabilitation empowers those who have been incarcerated to become productive, law-abiding members of society.”

Gary Park Davis, 66, who served a six-month sentence for using a phone to conduct an illegal cocaine transaction, Vincent Ray Flores, 37, who admitted to using ecstasy and drinking alcohol while serving in the military and was given a four-month prison sentence and a fine, and Beverly Ann Ibn-Tamas, 80, who was found guilty of second-degree murder for shooting her husband to death in 1976, are also included in the pardon.

Biden gained a reputation for strictly enforcing criminal punishments over his 36 years in the Senate. However, his detractors contend that the regulations drafted by the president in the 1980s are substantially to blame for the widespread incarceration of adolescents who were sentenced to life in prison on marijuana-related crimes.

Dem Senator Gives Away the Game on Suppressing Speech, Including Scary Take on 1st Amendment