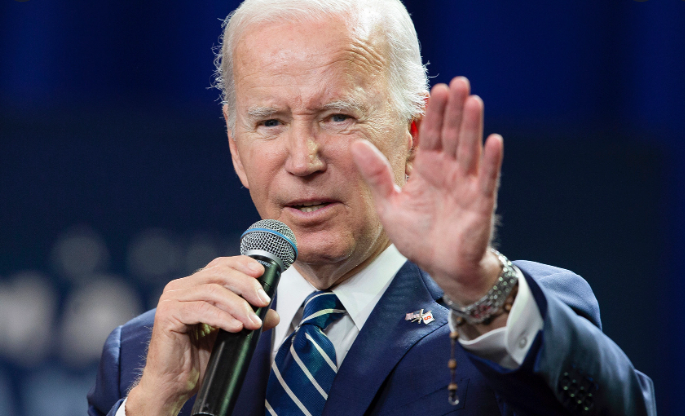 President Vladimir Putin’s assurances that Russia won’t use nuclear weapons in its conflict with Ukraine are being contested by President Joe Biden.

In an interview, he questioned why Putin keeps bringing up the possibility of using a tactical nuclear bomb if he has no intention of doing so.

Furthermore, Biden said that Putin’s strategy has been extremely risky.

“He can end this all. Get out of Ukraine.”

In a speech on Thursday, Putin refuted claims that he ever intended to use nuclear weapons in Ukraine.

“We see no need for that. There is no point in that, neither political, nor military. We do not need a nuclear strike on Ukraine, there is no point.”

The Russian president’s remarks followed weeks of threats from Moscow and worries that the situation would get worse.

Putin had stated in September that if Russia’s territorial integrity was threatened, they would undoubtedly use all available measures to retaliate, adding that this wasn’t a bluff.

With regard to Putin’s threat to use nuclear weapons in Ukraine, those remarks caused CIA Director William Burns to claim that it is challenging to tell whether Putin is playing a bluff.

Burns emphasized, though, that the US must take the warnings seriously.

“Well, we have to take very seriously his kind of threats given everything that’s at stake. And, you know, the rhetoric that he and other senior Russian leaders have used is reckless and deeply irresponsible,” according to Burns.