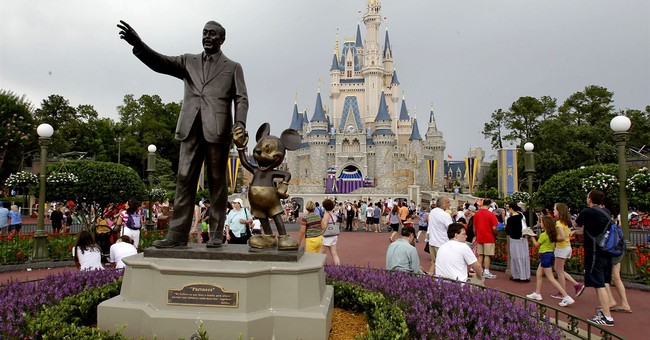 As the struggle between the Walt Disney Company and Florida’s politicians over a new parental rights law continues, the Florida Senate passed a bill on Wednesday during a special session that would dissolve the special tax district that has allowed Walt Disney World to enjoy autonomy since 1967.

#BREAKING The Florida Senate passed the bill that would dismantle the Reedy Creek Improvement District, which gives Disney self-governing powers. It passed 23-16 and now moves to the Florida House.

Disney’s standing is unusual among private Florida firms and even among the state’s theme parks, according to Governor DeSantis’ statement.

Disney does not need permits or approval to develop a structure, fill in a lake, or pave a road on their property, unlike other theme parks in the state.Other Orlando attractions do not have the same special status as Disney.

As witnessed Wednesday from MSNBC’s Symone Sanders, who was formerly a top communications staffer in Vice President Kamala Harris’s office, the liberal media continues to misread the situation.

On Meet the Press Daily, Sanders stated, “My money is on the Disney lobbyists, honey. Do you think those state legislators down in Florida will submit to the governor’s will?” she confidently said.

She was literally proven wrong live on TV. https://t.co/x7rw86iKqF

The bill was recently passed by the Florida Senate, according to host Chuck Todd.

Capitol Police Under Fire After Being Caught Off Guard