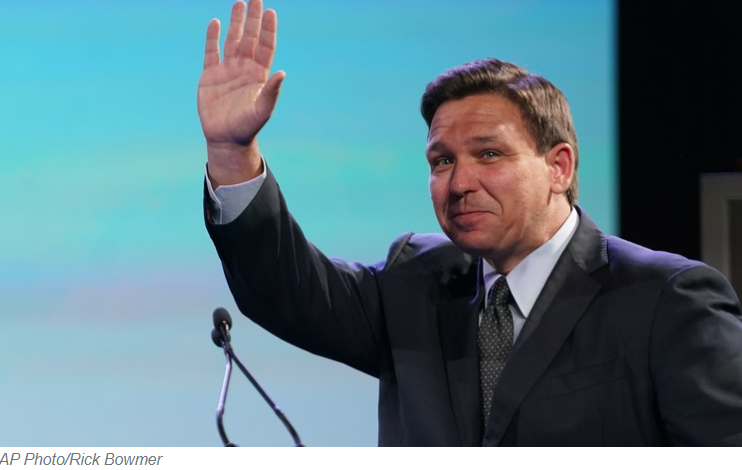 Despite your obvious homophobia and bigotry (you think all gay people must think the same way, which is the very definition of prejudice), my offer to come to the show still stands. https://t.co/YkEeHHnFtd

The event, dubbed Dave Rubin In Conversation with Governor Ron DeSantis, will take place on Thursday in The Plaza, which Eskamani describes as literally in the heart of one of Orlando’s most LGBTQ+ friendly neighborhoods. She also expressed her displeasure with the fact that it was taking place during Pride Month, writing that Orlandoans deserved more than this culture war.

And it’s not just DeSantis; the guy hosting him is awful too pic.twitter.com/J4Z2ZnKfzH

In a following tweet, Eskamani implied that Rubin was just as homophobic and anti-LGBTQ as DeSantis.

One of the major flaws in Eskamani’s diatribe is that Rubin is homosexual, which he didn’t hesitate to inform her in a response that included an invitation to the Thursday get-together.

A back-and-forth began, with Rubin inviting her to appear on his program and Eskamani performing some political grandstanding by claiming she’d only attend the DeSantis/Rubin debate if she could argue on stage. Rubin didn’t fall for it, instead informing her that her invitation to appear on his show was still valid despite catching her showing the sort of racism she would denounce if it came from a Republican.

Wow. Super disappointed to see The Plaza Live hosting an event w/DeSantis next week — this is literally in one of the most #LGBTQ+ friendly parts of Orlando and during Pride Month too.

The second major flaw in what she stated is her evident effort to portray DeSantis as a homophobe or bigot, which I’m sure stems from his signing the Parental Rights Bill into law in March. Parents who want age-appropriate education for their children in grades K-3 that does not involve woke training on sexual orientation and gender identity politics topics are not homophobic or prejudiced.