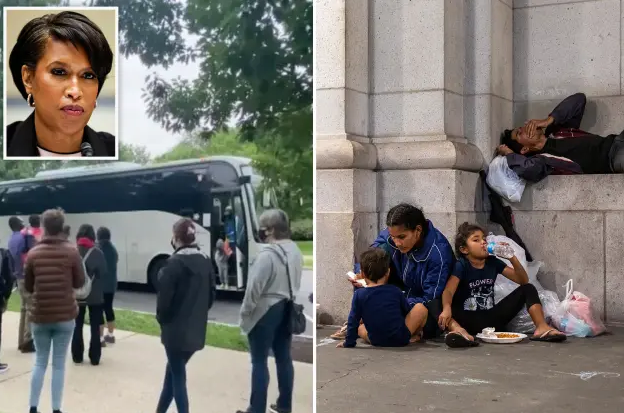 The National Guard has been called in to assist in managing the arrival of thousands of migrants from the US-Mexico border, according to Washington DC Mayor Muriel Bowser, who claims the nation’s capital has reached a breaking point.

Bowser informed Defense Secretary Lloyd Austin on July 19 that since Texas Governor Greg Abbott and Arizona Governor Doug Ducey pledged to transport migrants on charter buses to express their opposition to the Biden administration’s immigration policies in April, more than 4,000 people have arrived in Washington, DC, on almost 200 buses.

In order to assure a 24/7 operation in dealing with the migrants, Bowser requested Austin to assign 150 DC National Guard members on a daily basis. She also asked for the National Capital Region’s interim processing center to be located at the DC Armory or another suitable government facility.

The migrant population was being used by Republican governors, according to White House press secretary Karine Jean-Pierre, who addressed questions concerning Bowser’s investigation to the Defense Department.

On April 13, a few days after Abbott had instructed the Texas Division of Emergency Management to start the transportation, the first busload of migrants landed in Washington.

Given that they are given permission to travel within the US after being screened by Customs and Border Protection, all of the migrants who have arrived in Washington have done so willingly.

After crossing the border and avoiding deportation, migrants are frequently released from federal custody and given documentation enabling them to remain in the US as well as instructions to appear in immigration court to plead for asylum.

According to Ducey’s administration, Arizona has so far carried 1,262 migrants on 33 buses.

Upon being questioned about the most recent statistics from the Lone Star State, the Texas Division of Emergency Management did not answer right away.

The Biden administration and other Democratic officials have harshly attacked Abbott and Ducey’s attempts to reduce pressure on border cities, which typically receive the majority of migrants after processing.

Russian Charged With Using US Groups to Spread Propaganda

Biden Admits Americans Discouraged About Economy Due To Inflation